He Kind of Has A Point 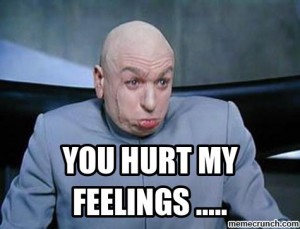 I know I troll social media a lot by posting meme’s and comments on hot topics to try to elicit cranial detonation, but this time I’m actually not trying to be a troll. Have you seen the video with Jimmy Kimmel criticizing YouTube latest “gaming” channel? He basically says that he doesn’t quite grasp the appeal of watching other people play video games, live. I have watched my fair share of live streams but I don’t need a whole product built on that concept.

In other words, I agree with Kimmel.

Most of you know that I am an avid gamer, but I watch a lot of sports on TV, especially during football season. I agree that watching someone play video games is not the same as watching live sporting events. If I could watch every football game on every Sunday, I would (and I kind of achieve that watching NFL Red Zone). I have tried watching some live streaming and its boring as hell (unless I actually know the people playing the games in the stream). My least favorite event at conferences like Gamescom and BlizzCon is the live stream raiding and/or pvp events. I have no interest, whatsoever, of Method’s attempt to be the best at the top level and most difficult raid. Someone please bludgeon me with a golf club.

I would rather smash a hole in the wall, with my face. Patch it. Watch the joint compound dry. Paint it. Watch the paint dry, than watch a live stream of some XBox or MMO raid/group event.

The MMO Times: The DayStar Returns!