Dawn of the Professional eSports Athlete

In Biggs On, eSports 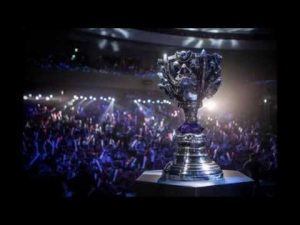 Last August Jimmey Kimmel got on a pedastal about YouTube’s Video Game Watching Service. He couldn’t understand why people would watch other people play video games. The funny thing is, that has been happening for several years now. There are people who find just as much entertainment value in eSport championships as they do watching any other sport. I’m not here to pontificate the *merits of watching eSports; I’m here to talk about the dawn of the professional eSports athlete.

Notice that I never place quotes around athlete. I know many folks, especially other athletes, are probably scoffing and laughing. While that might seem like a knee-jerk reaction, who can really blame them. When you think about an athlete you think about someone physically fit (i.e. professional sports players, American Ninja Warrior, etc). In fact, even Merriam Webster’s definition says: “a person who is trained or skilled in exercises, sports, or games requiring physical strength, agility, or stamina”.

The Professional Athlete is Evolving

Regardless of the standard definition and what society imagines an athlete is, the concept of an athlete is changing. In fact, even Forbes has a article that is about redefining the professional athlete. Athletes are evolving where physicality isn’t the only thing that defines an athlete. Mental acuity is now playing a much larger role. I’ll admit that a large portion of the physical training an athlete goes through has a mental component to it.

Likewise, there is a physical component that contributes to that mental acuity for eSports athletes. Video games challenge your mind, thus training your brain to develop more awareness and

sharpness. It’s not any different than training in a weight room, after all, your brain is a muscle. However, the physical condition of your body plays a role in how sharp your mind is and how quickly you can react. Do a google search for “esports athlete” and notice the predominate body type. How many of you were expecting this guy?

The only thing all these professional eSports athletes need to take it to the next level is someone to organize them … and then here comes Blizzard.

At BlizzCon this year, Blizzard announced Overwatch League. This is going to be an actual gaming league; potentially the first ever professional eSports league. I do not know all of the details but from what I have been able to glean, its going to be pretty similar to a traditional sports league. Teams will have corporate sponsors. Players will have salaries and contracts. A player can be traded to another team. It all actually sounds very interesting. If Blizzard succeeds, it will be the first of its kind.

I go back and forth as to whether I think this will survive. At first the whole concept seems inconceivable. Blizzard is trying to create an ecosystem where gamers are paid to play their favorite competitive games. I’m really curious how they are going to convince companies to become corporate sponsors, besides the obvious companies (i.e. Steelseries, NVidia, etc). If they want this concept to expand beyond Southern California, then they are going to need support from other companies.

If Blizzard can secure enough sponsors, there will not be a shortage of players. There might be a shortage of skilled players. I want them to succeed because my greatest cause for concern are all those people quitting jobs to become the next “Fatal1ty” (aka Johnathan Wendel). As absurd as that sounds, you and I both know its true. A gamer has one of two dreams 1) work for a company that makes video games or 2) get paid to play video games. I’m not trying to be disparaging; I encourage anyone to pursue their dreams when an opportunity presents itself.

The one thing I am certain of, this will not be one of those “everyone gets a trophy” type of situation; not everyone can be a professional eSports athlete. As with all competitive sports, virtually and in reality, it will require real skill, real training and real commitment.