In Gaming, SWTOR, World of Warcraft

This is going to be a surprising announcement for some of you folks. In about a month my WoW subscription is scheduled to renew for six months. After nearly 15 years of consecutively renewing, I’m thinking about letting it lapse. My amazing raid team has completed the final Ahead of the Curve achievement for this expansion. Blizzard’s recent earnings call suggests that the next expansion isn’t due out until quarter four of 2020. So we are at an impasse.

What Are We Going To Do Now? 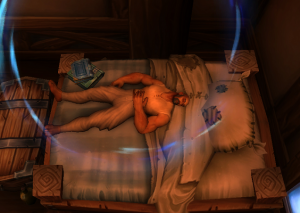 Anth Resting at the Garrison

We don’t have the numbers (nor the spirit) to attempt the Mythic raids in the current expansion. We’re working on raid achievements for the current content (and even a couple from previous expansion). However that isn’t 3+ months worth of work. I know I have my weekly mount farming and reputation grinding, which are my common end-of-expansion tasks. All of my base alts are at max level, I have a new one that is nearly there. I could probably finish the Rajani and Uldum Accord reputations in a week or two, if I diligently complete the daily quests.

It doesn’t make economical sense to spend $15 a month for 3 months simply to grind four raids and handful of world bosses for mounts with a < 1% drop rate. It’s a lot of monotonous work for very little to gain. So I think Anth is going to hang up his sword a shield and take a little rest in his garrison. He deserves it after saving Azeroth (again) from an olde god (again).

I pre-ordered Shadowlands so I am, by no means, leaving the game permanently. In fact as soon as the pre-patch goes live, I plan to activate my subscription again. The only uncertainty is the date of the pre-patch. My estimation, which is just a wild ass guess, is somewhere around August or September. Obviously I need something to do to pass the time between the expiration and the pre-patch. So I’m trading my sword in for a lightsaber. 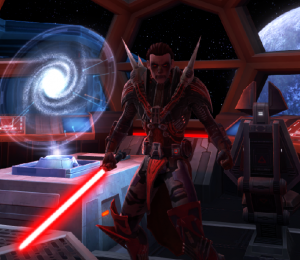 I started playing Star Wars The Old Republic (SWTOR) way back in the beta. I continued playing it for a few months after it went live. I had to turn off my subscription because it wasn’t economical to have both a WoW subscription and SWTOR subscription (it’s always about the $$$). Most of my friends were still playing WoW so that’s the subscription I chose to keep.

I’m basking in the glory that, for the moment, my daughter likes Star Wars. We’ve also been introducing her to video games, including WoW and we thought she would like SWTOR where she can make her own Jedi. She enjoys the fact that she can make a character that looks like Ahsoka. Therefore I’m temporarily returning to SWTOR for a couple of months during the summer.

So rest assured, Azeroth, Anth will pick up his sword and shield again to defend her, again, against the Jailer. Until then I am literally and figuratively “going to the Dark Side”.

This one a long time have I watched. All his life has he looked away… to the future, to the horizon. Never his mind on where he was. Hmm? What he was doing. Hmph. Adventure. Heh. Excitement. Heh. A Jedi craves not these things. You are reckless!

— Yoda, The Empire Strikes Back