This is my World of Warcraft Mount Farming Guide for the Pandaria World bosses. There are four world bosses, each have a rare chance of dropping a mount. At the time of this writing we are in patch 8.2 of the Battle for Azeroth expansion. I play Alliance, therefore these instructions are told with Boralus as the starting point. Also at the time of this writing, I don’t have any of the mounts that drop from these bosses, I’m still actively farming each of them.

There is only one AddOn I use, WorldBossTimers. This addon shows a countdown timer on your screen to the next time the mob spawns. It does have its draw backs. If you weren’t there when the boss spawned, it doesn’t have a timer. However, if someone else standing nearby has this addon, and they do have the current timer, they can share it with you. This isn’t a required addon, I typically use it because I often do other things while I wait for the mob to spawn and the timer, and sound effects, help me pay attention. It sucks when you miss it, the respawn timers are typically 15-20 minutes.

Starting in Boralus, take the portal to Stormwind.

Galleon – Valley of the Four Winds 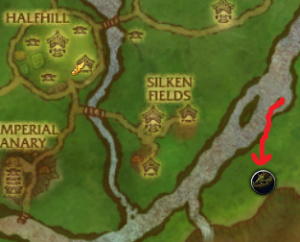 Take the portal to the Jade Forrest located in the Mage Tower in Stormwind. The flight point is immediately to the left of the portal. Take a taxi to Half Hill in the Valley of the Four Winds. After arriving, fly south, just past the Silken Fields to a large brown area on the hillside. There will probably be other people waiting there, assuming he hasn’t spawned by the time you arrive. There is about a 3 second delay before his health starts dropping quickly.

Take a taxi to One Keg in Kunlai Summit. After arriving, fly just a little southwest, you should see his crumpled corpse as it usually sticks around for a while after he’s been killed. Several steam geysers will suddenly appear about 15-20 seconds before he spawns, which is your cue to get ready. He also has about a 3 second delay before he begins rapidly losing health. 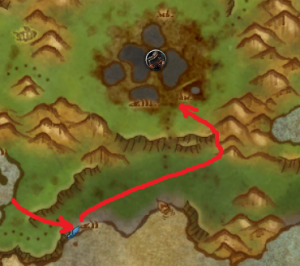 YOU CANNOT FLY TO THIS ISLAND! Well, you can try, but you will fall into the water before you reach the shore. I still suggest taking a taxi to the Isle of Giants. You also cannot fly on this island so you will have to get on a ground mount and follow the foot of the hill to the northeast until you see a path going up. Follow the path up the hill and you will see a large muddy area with dinosaur bones. Dohaman the Best Lord will be cowering in the middle, Oondasta will spawn right behind him. PLEASE NOTE: Oondasta can now be tamed by hunters and a hunter can tame him faster than he can be killed. 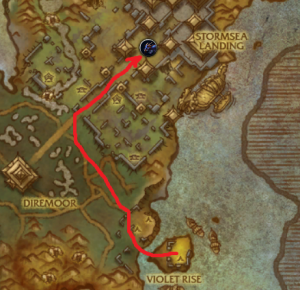 Take a taxi to Shado-pan Garrison in Townlong Steppes. After you arrive, there is a portal just a little north of the flight point that will take you to the Isle of Thunder. You cannot fly on the Isle of Thunder so you’ll be running to Nalak. You’re basically running north to The Foot of Lei Shen. Keep your eyes peeled on the sky. There is NO DELAY for this mob. Engage Nalak as soon as you see him spawn, he will die very fast!

That’s it for the Pandaria World Bosses. After Nalak you can hearth or continue further into the ruins and enter the Throne of Thunder raid. There are 2 mounts available: Spawn of Horridon and Clutch of Ji’Kun.

You will also make about 110g unless you get some gear drops, which will add to your transmog appearances and also sell for a couple gold.