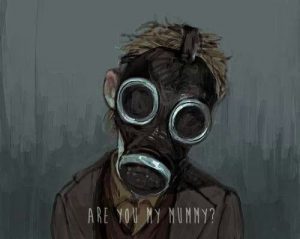 Regardless, I have completely changed my stance on masks. I wear one everywhere I go (since about mid-June). I’m really tired of this shit and I just want it to be over. If wearing a mask will expedite that then I’ll wear a mask, albeit begrudgingly. But I digress.

If this quarantine has taught me anything its that I will never take it for granted the ability to get out of the house. We’re home bodies. I’d rather sit in the air conditioning reading a book or playing video games as opposed to sitting on the beach. Honestly, that concept hasn’t completely changed, however while sitting on the beach is still quite out of the question other outdoor activities suddenly seem more appealing.

You know the saying “you don’t know what you have until it’s gone”, well that’s what I’m feeling now. I was clearly neglecting all the times I could have been at the ballpark or a family cook out. As much as I enjoy being at home and reading a book or playing video games, this pandemic has taught me that I need more out door time. I will never again take for granted going to a baseball or football game, seeing a movie in the theater or attending a family gathering (unless its at the beach, have I mentioned that I still don’t like the beach).