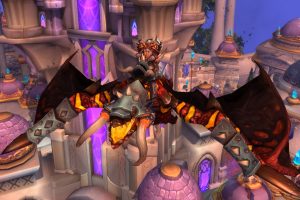 Spawn of Galakras – Awarded for Glory of the Orgimmar Raider

There is still about 10 weeks before Battle for Azeroth launches and if you’re like me, you’ve cleared Heroic Antorus. So now what? My raid team did go back and try to complete all the raid achievements starting with Emerald Nightmare. We have done all that our patience and sanity have allowed us. (Side note: some of these raid achievements are ridiculously hard and not much fun at all.) So while we wait we have to ask ourselves what is there to do for the remainder of legion?

If you are an “alt-aholic”, like me, then one of the obvious tasks is to finish leveling your alts. Perhaps even complete their respective Order Hall, Artifact and Class Mount campaigns. I’ve talked about this in a previous post. I do have a couple of alts left to level; 2 warlocks and a warrior. I am also leveling two of the allied race factions to unlock their unique looks. 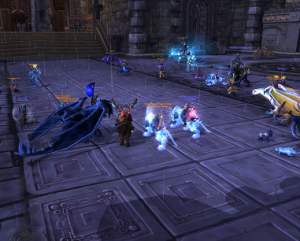 Perhaps the most common activity for the remainder of legion will be completing achievements. Granted achievements is something that can be done anytime during the expansion; so why wait until the end of it? Well, your item level will be about as high as its going to get, which will be helpful depending on what achievements you are doing. Also, if you are raiding regularly, you may be spending your off nights doing World Quests and dailies to improve your gear; or farming materials for consumables. Or, as I alluded to earlier, you are leveling alts. This is usually the time I do some of the less exciting achievements, such as exploration and quest achievements. I will also go back and farm old content achievements as well.

Which leads to mount farming. Several mounts do come from larger achievements, such as the Spawn of Galakras pictured above. However, there are some mounts that come from different sources. Probably the most common mounts to farm are the Pandaria world bosses – Galleon, Nalak, Sha of Anger and Oondasta. I’m not going to lie, farming world bosses and old raids isn’t the most exciting of tasks, and will feel quite boring for 10 weeks. So some nights I may not even log in and, instead, play other games or catch up on some TV shows.

Blizzard seems to struggle with that balance of too much time before the new expansion, and too little time. Although we know that there is one more event coming prior to BfA, the final chapter of our artifact weapons.

What will you be doing for the remainder of Legion?