Just so I’m clear, this is not going to be another smear editorial against Pokemon Go players. I have been a gamer since the first time I picked up an NES controller. So I get it. I understand why people are out there, obsessively hunting down Pokemon in the parks and by the streams. I think what is most interesting is the world is now aware just how many gamers there are. Gaming isn’t something that goes away after puberty. We were playing it all through high school. It got most of us through college. Now we are gaming after work and after the kids go to bed. There are a lot more of us than most people thought. But I digress. The real point is, Pokemon Go isn’t for me. 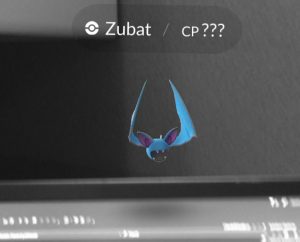 I found this guy hanging out above my monitors at work

I’ll be honest, I did install it for about two days. I go on a two-mile walk during my lunch everyday so I thought it might be something interesting to do while I walk. By the end of the second day I was uninstalling it from my phone (important note: remember to remove it from your Google account too). It isn’t that I think it was boring because it definitely has the right hooks to be a fun game.

You’re a gamer, why aren’t you playing Pokemon Go?

I am clearly the target demographic, so why am I not out there chasing down Pokemon? Part of it is that I’m just not into Pokemon. I was born just shy of when Pokemon became a huge fad. Also, when I take a walk my goal is to complete a certain distance within a certain amount of time which requires me to walk at a certain pace. Constantly checking my phone and veering off track to catch a Pokemon just didn’t align with those goals.

So it’s gone and I don’t feel like I’m missing out, but that’s just me. If my friends and peers want to play it, I support them 100%. I feel it behooves me to bring your attention to one thing though: be mindful of your data usage! Since it hasn’t been out for a full month, people haven’t seen their cell phone bills yet. Several of the articles I’ve been reading warn people that it can really eat up your data, and your battery (case in point, my battery went down 20% in just 20 minutes). I do believe, however, that the developers are working on some solutions for these issues.

I am going to wrap this up on a positive note. Despite the ridicule, I think the Pokemon Go phenomenon has the potential to have some very positive results. Gaming geeks rarely get to meet face-to-face unless its a Comic-con. Along comes a game that has millions getting out of the house, with a common objective. Despite the burning daystar, barriers are being broken down and we are meeting new people, with common interests, IRL!