The MMO Times: The Force is Strong in My Family 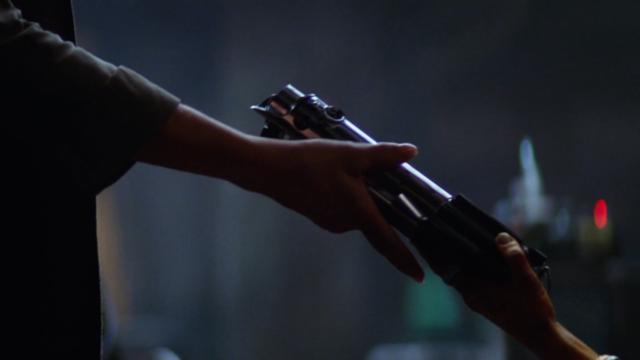 Issue 136: Ghoulish Greetings Gamers! What nerdy costume did you wear this year (or your children, mine was Supergirl)? I hope everyone had a safe and fun Halloween. Remember that on the 27th Blizzard started the beta for Overwatch so during your sugar-induced insomnia, perhaps you were lucky enough to receive an invite to it. By the way, if you did receive an invite and you are allowed to talk about the beta, please feel free to write a post on my blog; come see me if you are interested. The 27th also marks the official launch of the next SWTOR expansion, Knights of the Fallen Empire. Blizzard and Disney are going to be most responsible for an amazing fall and winter; although 2015 is predominately the year of Star Wars.

BlizzCon starts on Friday, so I’m pretty stoked for that. I actually used a vacation day on Friday so I could watch opening ceremonies and several of the panels. I imagine that is why Blizzard has been tight-lipped yet again about any additional news other than the start of the Overwatch beta (have you gotten your invite yet?).

So what do we have for you this week. How about some Aion news (which is also unusual news for any MMO), a SWTOR article sure to make you want to play it again, even some Tomb Raider and Warcraft movie trailers. The build up to BlizzCon has the news a little slow which is the reason for the gaps between posts. I have my virtual ticket and I am quite excited for BlizzCon this weekend. Perhaps there will be more to discuss next week after Blizzard’s big weekend. KCGO. 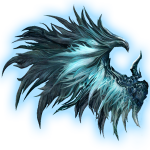 Posted 10.26.15 – I thought this was pretty interesting, NCSoft is making Aion available via Steam starting October 29th (so it should already be available by the time you are reading this). Steam will also offer little extras like emoticons, badges, etc. I don’t think I have heard of any other large MMO becoming available on Steam so this might be the first. I don’t know if this means anything about how well the game is doing. I know its been Free-2-Play for a couple years now.
Massively Overpowered post

I Want to Play SWTOR Again!

Posted 10.27.15 – Since the newest SWTOR expansion began its early access a lot of very positive feedback has been coming back about Knights of the Fallen Empire. This article on Kotaku, written by someone that lamented about the struggles vanilla SWTOR had, gives some pretty high praises for the 4.0 expansion. In fact reading through the article has rekindled the desire to play SWTOR again. Later on in the article he points out that Bioware even gave some homage to KOTOR in this expansion.
Kotaku article

Rise of the Tombraider Trailer

Posted 10.30.15 – If this doesn’t make you excited for the next Tombraider title then you need to go back and re-evaluate your life. The reboot of this series has been so well done and that means a lot coming from me since I rarely give Microsoft props for anything these days. I think this game will be making it on my Christmas list this year.
Gamespot post

Posted 11.2.15 – WoWHead confirmed that the trailer for the upcoming WarCraft movie is confirmed to be released November 6th which, coincidentally, is the first day of BlizzCon; or is it really a coincidence?  I’m sure that the first opportunity to see the trailer will be at BlizzCon before its unleashed unto the world. I hope the trailer will give us all a good feeling about the movie because there haven’t been too many games-adapted-to-movies that were really good. Granted how well the movie does might be a bit esoteric; meaning its content will have greater significance to those of us that have played the game versus that average movie-goer. [Of course before I could post this, it has been confirmed that the trailer will be at BlizzCon.]
WoWHead post

Posted 11.3.15 – Most of us are used to hearing that World of Warcraft has lost more subscriptions, as they plummet another 100k in the last quarter. I know I never report posts about WoW losing subscribers but the link to the article is actually about Blizzard’s decision to no longer report WoW subscription status. There are only 5.5 million active accounts now, which is an all time low (roughly). The subscriptions might come back up once Legion launches and we are used to seeing these numbers drop during a content stall. I’m not too concerned about the health of WoW; its place in video game history is secure even if it were to die tomorrow. I know I was feeling the dull ache of boredom but I am excited about Legion. What do you think about Blizzard’s decision? (Wild *cough*Tommy*cough* conspiracy theories are welcome).
Gamespot article

Posted 11.3.15 – As if we didn’t have enough to be excited about, now there is a teaser trailer for Star Wars Battlefront for the free The Force Awakens DLC! Yes, everyone will get The Battle of Jakku DLC for free! Remember, the release of Star Wars Battlefront is only a couple weeks away (oh, and The Force Awakens releases NEXT MONTH). If you pre-ordered Battlefront then this content will be available for free on December 1st, everyone else will have to wait until the 8th to get it. It will be a great way to spend the 10 days leading up to the second best day in December (because Christmas always ranks first). MTFBWY.
Gamespot article

Theories From A Fanboy

The Force Will Be With You … Always.