I haven’t written an editorial post in a while. It seems fitting that the first one in a while is about age. Coincidentally this is the second age milestone post I’ve written (the first was “Turning 30“), meaning this blog is over 10 years old. In the ten years since turning 30 I now have children. Just the one! Don’t mistake my plural use as a subtle hint. I have left the company that brought me to Cincinnati and I’m now happily employed at a different company for 3 years now. We did suffer some loss; my sister-in-law Natalie and both of my dogs, Gus [… Click to Continue …] 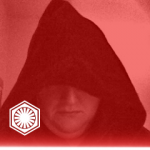 My wife is not into Star Wars; it’s essentially just myself and my daughter (for now, she’s only 5). However sometimes my wife and I have discussions about canon. It’s almost better that she doesn’t know as much as I do because she brings a new perspective. One that is less mired by 40 years of expanded universe novels and Disney influence. Therefore she is a great source of inspiration for new topics and our recent discussion was Star Wars from a Sith perspective. This topic is the result of a longer discussion about future Star Wars Celebration events. The theme for SWC usually has [… Click to Continue …]

In 1999 a brilliant company was formed; ThinkGeek. An online retailer that sold products catered toward the geek culture. I have more merchandise than I can recall from ThinkGeek. I’ve been a loyal patron for many years. In 2015 we were shocked to discover that ThinkGeek had been sold. For a mere $140 million ThinkGeek became the property of GameStop. Initially I was skeptical about it, and I still am (more on that later). Then, just a few months ago, the unthinkable happened. So Long Timmy, and Thanks for All the Fish In June of this year GameStop announced they would be shutting down the [… Click to Continue …]

I recently returned to Disney World to take my 4-year-old daughter on her first visit. In 1994 I was 14 and that was the last time I went to Disney World, I had gone at least twice more prior to that. While my memory isn’t that great, I do recollect bits and pieces from each of my previous visits. So here are my adult observations of Disney World; 25 years later. The Magic Band and Fast Pass The Magic Band is brilliant. Instead of worrying about carrying your wallet, credit cards and hotel room key, you can wear them on your wrist instead. You can [… Click to Continue …]

Now that we have all had time to process the heartbreaking passing of Stan Lee, it’s time to dedicate a post to his legacy. The image to the right is one of my favorite, of the thousands of memes folks are sharing since his death. The truth in the image is indescribable. Only one other being has ever created a universe as massive and powerful as the one Stan Lee created. He has been inspiring us for 95 years so he was no spring chicken. His passing should come as no surprise, but we grieve the loss of such an extraordinary man. RIP Stan Lee. [… Click to Continue …]

I’m sure many are waiting for my manbaby to emerge and tantrum after the cancellation of the Boba Fett and Obi-Wan movies. The truth is that I’m not bothered by it at all. In fact the decision makes sense. It has absolutely nothing to do with the poor box office performance of the Solo movie. As much as the butt-hurt manbabies try to rationalize, the poor performance is not the result of fan protest. Fans actually went to see the Han Solo movie! That being said, why am I not butt-hurt about the cancellations? We Know Boba Fett’s Origin I don’t think Disney mentioned the [… Click to Continue …]