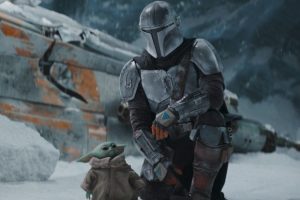 I am going to try out writing a follow-up post for each episode. Since there is a week between each one I have plenty of time. I will always indicate when there are incoming spoilers in the event that you are reading this before you see the latest episode.

The director, Payton Reed, is also known for directing the Ant-Man movies. He is a newcomer to the cadre of Mandalorian directors and I think he did a great job. In Chapter 10, Mando agrees to transport someone in exchange for information about the location of a Mandalorian covert. Of course nothing ever goes as planned.

The following content contains spoilers for The Mandalorian S2 E2.

Also, why do all the cool spacecraft rarely stay in one piece? The Millennium Falcon, for example, always seemed to need repairs. The Razor Crest perpetuates that Star Wars trope in dramatic fashion. We see a couple new alien species in this episode. You would think, after 11 movies and 3 animated series we would have seen all the aliens. On the other hand, when you consider how vast the Star Wars universe is then it’s conceivable there are still alien species we haven’t seen. Although, as many bloggers have pointed out, the Dr. Mandible creature is probably a tribute to the director, Payton Reed, because he directed Ant-Man.

I love seeing Marvel and Star Wars getting along. 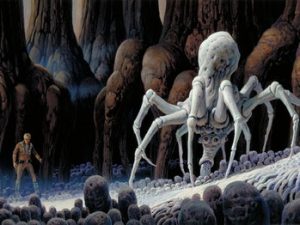 We didn’t have as many easter eggs in this episode, however I feel like this episode pays homage to Ralph McQuarrie. The spider creatures that attack Mando and his “crew” appear to be Krykna. The Krykna were a species McQuarrie conceptualized several years ago during the filming of Empire Strikes Back for a scene on Dagobah. Similar creatures have appeared in Rebels; but are they the same creatures?

A lot of bloggers have made this connection too but all of them are missing a critical point. Yes, the Krykna have also appeared in a few episodes of Star Wars Rebels, however I don’t think they are the same species. The Krykna in Rebels are impervious to blaster fire and clearly the creatures we see in The Passenger are not.

At the beginning, when Din Djarin is ambushed, many people seem to think one of the ambushers is a Jawa. I disagree. I believe he (or she) is actually a Pyke.

So far I think Season 2 is off to a great start. I love the tributes they are paying to other contributors. First Chuck Wendig’s Cobb Vanth and now the legendary Ralph McQuarrie.