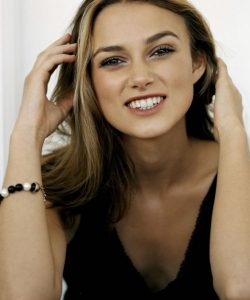 Until Rey came along women were really under represented in Star Wars. Be that as it may, the female characters it does have are strong, fierce and amazing characters. I could have picked one of those women like Leia, Amidala or Jyn Erso but I like focusing on the underdogs. The actors in much smaller roles that deserve some attention. Which is why we are going to look at an underrated female character. How much do you know about Keira Knightley?

So not only is she the first female but, at 35, she’s also the youngest actor I’ve written about. While she has a minor role in Star Wars, her repertoire is far from obscure. She’s most frequently known as Elizabeth Swann in the Pirates of the Caribbean franchise. However, before we get too far into her filmography let’s talk about her role in Star Wars; specifically The Phantom Menace.

“This is my decoy, my protection, my loyal bodyguard” 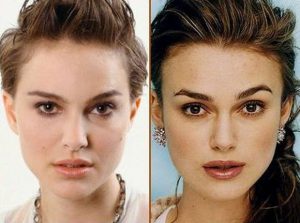 Keira Knightley played Sabé, the handmaiden that was also the Queen’s decoy. I remember feeling confused when I first saw the movie; I went in knowing that Natalie Portman was playing the queen. Then you see Padme for the first time and you know that is Natalie Portman so either she’s playing two characters or the rumors lied and she’s the handmaiden. Coincidentally that is exactly what George Lucas was hoping to accomplish.

Keira Knightley was selected to play the decoy because of her striking resemblance to Natalie Portman. In fact there were times during filming that even their own mothers couldn’t tell them apart. I have watched the movie dozens of times now and sometimes I still play the “Is that Natalie or Is that Keira” game. While the past 20 years have been kind to both of them, I don’t think they look as much alike anymore. Either way we thank you Sabé for protecting our queen and I’m glad it was Cordé instead of you at the beginning of Attack of the Clones.

More Than Decoys and Pirates

Over the span of her career she has been ranked in at least 14 sexist/hottest/glamourous women lists, and rightfully so as she is very attractive. In 2006 she said she plans to live exclusively in London and won’t move to L.A. to further her career in American films. She is married (in 2013) with two kids.

She has nearly 60 acting credits to her name and has been in some fairly iconic roles (other than Pirates of the Caribbean). She’s been in The Nutcracker and she is an excellent Elizabeth Bennett in Pride & Prejudice. I also really enjoyed her role as Guinevere in King Arthur; in which she endured a seven month training session in preparation for the film. She is also brilliant in The Imitation Game.

She’s also done a couple of TV-series you might recognize. She was Lara in Doctor Zhivago, Rose in Oliver Twist and Tinkerbell in a series entitled Neverland. Despite having been in Star Wars and TV-series like Oliver Twist, it wasn’t until 2002 when she made her breakthrough in Bend It Like Beckham.

Is there anything about Keira Knightley that you fine interesting that I didn’t mention?