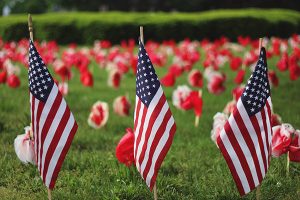 Geek Pride Day (also known as Towel Day) is the closing bookend for this geek filled holiday month. This is the second biggest geek holiday in May. Geek Pride Day is the anniversary of the release of the first Star Wars film (A New Hope) and Towel Day (in honor of Douglas Adams, author of the Hitchhiker’s Guide to the Galaxy). However this day has become more meaningful than the coinciding of those two events.

An important reminder, that today is also Memorial Day and the celebration of Memorial Day should be paramount. After all, if it weren’t for those that made the ultimate sacrifice we wouldn’t have the freedom to express our “geekery”.

After remembering the fallen, this day can also be a reminder to all of us that we shouldn’t be ashamed of being a geek. If Stan Lee taught us anything its that we should be proud and embrace it. I know most of us were probably picked on in school. We were probably often labeled a geek or nerd because we were smarter than most. It was a moniker of shame, a negative connotation for those that were studious and socially inclined. But not anymore.

The meaning has changed.

Now geek is a moniker held in high esteem. In some way or another, we are all geeks about something. You could use geek interchangeably with enthusiast or expert. It doesn’t have to be Star Wars, or comic books, or video games. You could be a geek about cars, a fishing geek, sports geek, fitness geek. It isn’t just about intellectual pursuits anymore. It’s just about loving something that makes you happy.

So today we salute:

Never be ashamed of your heart or your mind!