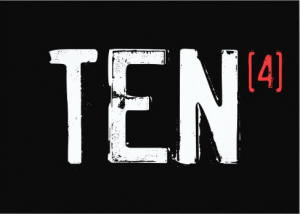 I haven’t written an editorial post in a while. It seems fitting that the first one in a while is about age. Coincidentally this is the second age milestone post I’ve written (the first was “Turning 30“), meaning this blog is over 10 years old. In the ten years since turning 30 I now have children. Just the one! Don’t mistake my plural use as a subtle hint. I have left the company that brought me to Cincinnati and I’m now happily employed at a different company for 3 years now. We did suffer some loss; my sister-in-law Natalie and both of my dogs, Gus and Gromit. On the upside, we had five glorious new Star Wars movies! This post, however, isn’t about just the past 10 years. It’s about turning 40.

There are lots of idioms about turning 40. “Over the Hill”. “Middle age”. I’m not a fan of these. Calling someone “over the hill” because they’re turning 40 is like calling someone with dementia forgetful. Besides, these days I haven’t really been feeling like my body is declining. Sure some days my knees and my back hurt; but most days I’m still out there running 4 or more miles a day. I’m still a night owl, up past 11 every night and still functional on 6 hours of sleep.

Maturity is subjective. I’m mature enough to drive a car, hold a job, pay the bills and be a parent. (Although that last one might be debatable). Be that as it may, turning 40 isn’t causing much change. I’m still an avid sci-fi and fantasy reader; in fact I primarily read non-fiction. Most fiction is rather dull. I’m still an avid video gamer. Granted I’m not playing the games kids are playing these days (ex: I’ve never touched Fortnite). In fact I’m probably playing a video game the nights that I’m up past 11pm. I suspect most people my age that grew up with Nintendo are still frequent gamers.

I still collect LEGOs. I’m going to be 40 in a few weeks and I still enjoy the construction and collection of LEGO. Granted I’m not going out and buying just any LEGO. These days I’m collecting Star Wars kits. Which is a great segue to my next point. I am an obsessed Star Wars fan. Since 8 years old I’ve loved these movies. I’m not one of those fans that are stuck in the past. The movies, shows, animated series, books, comics; I love it all.  A prequel meme best describes it: “I loved them. I loved them all. They’re all my favorites. every single one of them. And not just the original trilogy, but the prequels, and the sequels too. They’re Star Wars, and I enjoyed them like Star Wars!!”

So in a couple of weeks, when I hit the big 4-0, it’s going to be just another day. I’ll still be watching Star Wars cartoons, playing video games, reading fantasy novels and telling “your mom” jokes. Personally I believe that is “acting my age”.