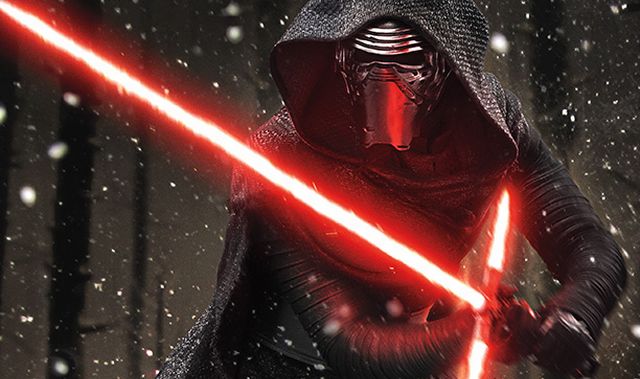 This should be declared “Star Wars Week”. If someone hasn’t done that already, then I’m declaring it despite the fact that I do not have the clout nor the viral influence to make it official. So, with that said, lets get on with it.

The obvious reason I would make such a declaration is the release of the seventh installment of the most beloved Star Wars franchise. I am beyond excited for the movie’s launch and I don’t even have a ticket to see it yet. I’m just excited for the continuation of the story and the characters that I have loved since I was a child. All the hype, however, does have me a little worried. I hope folks are not expecting this movie to be a cinematic masterpiece, especially those folks that are not big Star Wars fans like the rest of us.

I don’t have any inside knowledge, nor do I know J.J. Abrams or Kathleen Kennedy personally, but I’m still pretty sure neither one of them are trying to release the next Gone With the Wind or Titanic. Abrams just wants to tell the next chapter in the story. I think it would be pretty naive to expect this movie to be considered for a “Best Picture” Oscar. I’m certainly not expecting it (I am, however, expecting perhaps some technical Oscar nominations). I am also expecting it to have some pretty huge box office numbers (but that should be obvious to anybody).

In the end, folks, remember, it’s just Star Wars so keep your expectations realistic. It’s going to be science fiction, it’s going to have something that will appeal to children, there will probably be plots within plots. It’s not a biopic, it’s not based on true events, it’s not going to adhere to the laws of Physics, its fantasy. In other words, don’t read what the critics say, just go see it for yourself and remember, it’s just a movie (although for most of us, it’s much more than “just a movie” 🙂 )

One Response to “Star Wars: Let’s Keep the Expectations Realistic”