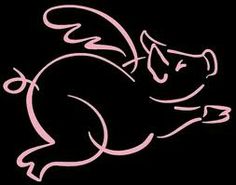 At the beginning of the year I wrote out a list of intentions for 2017 (because I don’t do resolutions). I listed several items, most of them were sedentary which is consistent with my occupation and hobbies. The one item I was most vehement about, is the one I was most concerned I wasn’t going to accomplish. Ultimately I decided I wasn’t going to try to stick to the “Couch-2-5K” regime and just try to run as often as I could and run as far as I could. I also decided I was going to run that Flying Pig 5K regardless of how much training I could do. I completed the 5K in 40:12, a decent baseline to work from. I also learned that it’s not difficult to train toward running your first 5k.

My Journey to Running a 5K

Five years ago if you were to tell me that I would be running a 5K I would have laughed in your face. Everything changed, however, in January of 2013; that’s when we bought a Fitbit. I can honestly say that I attribute my success to Fitbit. A family member told me that I am an inspiration because of the physical hardships I had to overcome to be able run a 5k. I don’t know if I would go that far. The story of my physical hardship is a sordid tale. It began all the way back to 1997 when I as Junior in high school. I blew my knee out playing ultimate Frisbee. I spent the last few weeks of my Junior year on crutches and the better part of my summer recovering. 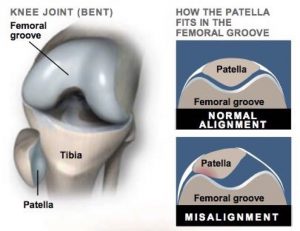 Over the years I spoke with several doctors and physical therapists. I was ultimately diagnosed with Patellofemoral Pain Syndrome (PFPS) and they identified that my knee had tracking issues. In layman terms that means that my knee makes grinding noises when going up or down stairs and that my knee has a tendency to slide laterally. Your knee sits in, what is called, the femoral groove (see diagram). If it’s in proper alignment, the knee should only move forwards and backwards within that groove. In some cases the knee could become misaligned and slip out of that groove. It is not a pleasant feeling.

When I talk about the problems my knee has, running seems like the absolute worst idea. I went through physical therapy and I was even taking prescription strength Tylenol (Ultracet). Ultimately I decided I had to stop taking pain medication for my knees, otherwise I would be taking them my whole life. I did not want to develop a dependency. So I started some strength training on my knees, riding a recumbent bike and walking … A LOT. If I wasn’t hitting 11,000+ steps Monday through Friday, than I am sitting around too much. I also had to lose weight.

My doctor told me that for every 1 pound of body weight is equivalent to 6 pounds on your knees (8 pounds when going down stairs). After the first year with the Fitbit I lost 55 pounds (which is about 330 to 440 pounds on my knees). Honestly, in the spirit of full disclosure, I also owe a lot of my success to family and friends too. They also have Fitbits and were constantly pushing me using Fitbit’s challenges available via the app.

And then the Running Bug Bit Me

A little over a year ago I was out for a walk on a beautiful day. As I was walking I noticed I was walking pretty fast and suddenly I began to think “maybe I can try to start jogging”. I started out taking it slow; I would only jog a block or so just to see how my body would react. It was important that I not only find a comfortable pace but also to get the breathing right. With each passing month I would push myself to run a little farther. When my knees hurt I would stop to allow them to recover.

Then an extraordinary dichotomy emerged. The more I ran, the less my knees hurt. Obviously I wasn’t completely without pain, my legs, calves, and ankles would ache and complain each time I stood up.  Despite the fact that I did not adhere to a proper training regime, I was committing to completing the 5K at the Flying Pig. I bought new shoes a month before the race and I only wore them when I would go walk or run to break them in. I made stretching a habit and I increased my daily water consumption. I even spoke to my doctor about it.

The day of the Flying Pig 5K arrives, faster than I was hoping. I woke up with plenty of time to eat a high protein breakfast 2 hours prior to the run. I knew that I was pretty much going to be winging it but as long as I ran at least half of it, I would be satisfied. I did have to slow to a walk just a couple of times but for a distance no longer than a block. Honestly I was hoping to finish in under 40 minutes. I was barely over that but it was close enough that I walked away (barely) quite satisfied. Completing it while having run the majority of it was the ultimate goal.

I didn’t walk a lot the rest of the day, nor could I move much the following day. It was all worth it though. I did it. I really did it. Now I have my sights set on doing it again, but in shorter time and with fewer stops. Granted that probably won’t happen until next year but 40:12 is a good baseline for setting that goal. Training your body to be able to run is surprisingly easy. Yes, it’s very hard to push yourself to try to run longer. However, somewhere along the way your body figures out how to maintain proper breathing and adjust your pace so you can keep running a little bit longer.

If I can overcome 20 years of weird knee problems, pain and discomfort, then anyone can do it. All it takes is finding what motivates you. It can be a wearable fitness device, surrounding yourself with positive encouragement (i.e. friends and family), or a combination. As Shia LaBeouf would say, whatever it is, “JUST DO IT!”