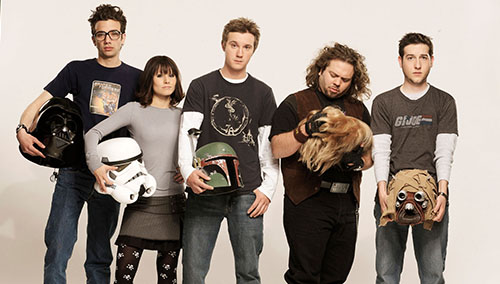 When I was ten years old I saw Star Wars for the first time and from that moment on there was no turning back. I remember when I was in my teens and my grandma once remarked “remember this because eventually I will grow out of it”. Sorry grandma, its 20 years later and I’m a bigger Star Wars nerd now than I was yesterday and the day before that … and the day before that. I love all the movies; and I mean ALL the movies. 1-6.

Why do I like the prequels, you ask? The reason is simple – because its Star Wars.

I had a conversation with a friend of mine about the movies and prequels recently. When I gave him the reason I enjoyed the prequels his response was “That’s awful”. I laughed. He isn’t a fan of the prequels, and I know there are hundreds and thousands of TOT (that’s my acronym for The Original Trilogy) that do not like the prequels. It occurred to me then that I believe there are two kinds of fans out there. Fans of the Star Wars movies and fans of the Star Wars Universe. I am the latter.

You see I liked the prequels because of the music, the characters, the history of the characters, the planets, the lore, the ships, and how all those things are part of this massive, albeit imaginary, universe. I do recognize that all three prequels were deeply flawed (i.e. Jake Lloyd, Hayden Christensen, Jar Jar Binks) but that hasn’t changed the fact that I still enjoy watching all six movies equally when I need to get my Star Wars nerd-fix. If I can’t get my fix from watching one of the movies, then I will get it from one of many other sources (by the way the books for the prequels are actually quite good).

I’ve noticed that most people that fall under the Star Wars movie fans are likely making comparisons between the prequels and TOT and, obviously, siding with the originals. I can respect their opinion, despite the 35 years of changes in technology and film-making. It’s interesting to ponder if TOT would be different if they had been made within the past 10 years and would they still have the same cult following. Be that as it may, I imagine the interest in Star Wars ends at the movies for those that are fans of the movies. I’m probably being a little presumptuous when I say those that are simply fans of the movies probably haven’t read any of the books, Essential Guides, Steve Sansweet‘s Encyclopedia, or played many of the games; all of which expand on the lore and add depth to the universe.

So the question on everyone’s mind now is will J.J. Abrams redeem Lucas from the prequels (especially among the haters)? I do not think there is a better person to direct 7, 8 & 9 (with the possible exception of Irvin Kershner but he’s kind of dead). I base that opinion on the fact that I enjoyed both Star Trek movies he has recently completed. I can tell you now, I already love The Force Awakens 🙂

P.S. Why is it that none of the Trekkies whine so much about any of their movies and TV series? Are they not as passionate? Or are they just better fans? 😉

One Response to “Ruminations of a Die Hard Fanboy”