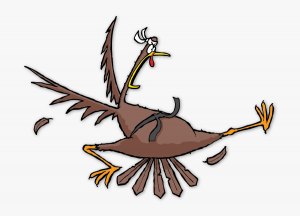 I know November is Thanksgiving month but there really aren’t that many Thanksgiving themed movies (other than A Charlie Brown Thanksgiving). Therefore I’m going in a completely different direction; my top 5 martial arts movies. Apparently “Martial Arts” is not a recognized movie genre. They primarily fall under the “action/adventure” and even “comedy” genres. I find that disappointing. I’m such a fan of martial arts films, perhaps because I used to be in Taekwondo (in another life).

You will find that my favorite actors in martial arts films are Jackie Chan and Jet Li. Although you cannot ignore the godfather of martial arts movies, Bruce Lee. There is also the immortal Chuck Norris (who has SIX different black belts), Steven Seagal, Chow Yun-Fat, and Michelle Yeoh (to name a few more gifted martial artists). But I digress.

I have three honorable mentions this month. It could be argued that Hard Boiled is more of an action movie than martial arts. Chow Yun-Fat is fun and this movie has one of the longest action sequences completed in a single take. Martial arts movies typically do not get a lot of media attention. However, Crouching Tiger, Hidden Dragon is actually a fairly renown movie. It’s over-the-top use of mid-air martial arts is really well done and really gives credence to it’s fantasy themes. Finally, Romeo Must Die is another one of my favorite Jet Li films. In fact I almost chose this for the top 5 instead of Kiss of the Dragon. The legend of the “kiss of the dragon” in the film is what won me over (similar to the “five point palm exploding heart technique” in Kill Bill).

On a final note; one question some may ask is: subtitles or dubbed? It depends on the movie. Most of Jackie Chan’s movies I watch dubbed (he voice dubs himself). Movies such as Crouching Tiger, Hidden Dragon or Brotherhood of the Wolf I watch with subtitles because that is how it was in the theaters.

The Mandalorian – Chapter 9: The Marshal