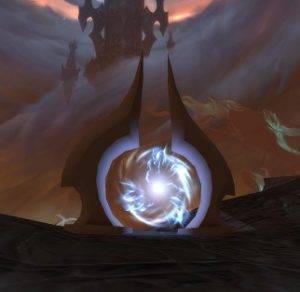 This is my first Shadowlands post since it’s launch. While it seems logical that I would first talk about leveling, instead I decided to skip to Torghast. This is a brand new game mechanic Blizzard introduces in this expansion. We saw something similar in the Battle for Azeroth 8.3 patch with the Horrific Visions. In fact, I almost suspect that the Horrific Visions were the “beta test” for the Torghast mechanic. I haven’t spent a lot of time in there yet but I thought I would share my Torghast first impressions.

There was a lot of build up about this place. Blizzard was pretty clear that it will be essential to our raiding progression. Initially I was skeptical. While the horrific visions weren’t terrible, eventually I became bored doing them every week (and, ultimately, I stopped doing them altogether). The engineers at Blizzard have definitely raised the bar with Torghast.

Basically Torghast is a type of dungeon divided into six wings, each with eight layers consisting of six floors per layer. You can complete Torghast solo or you can go as a group. Every trip into Torghast is different. Statistically you should never experience the same trip twice. As you progress each floor becomes more and more difficult until it becomes too difficult, for your current gear score, to complete. This has not yet happened to me so I don’t know if its actually true. If you complete the third layer on one wing, you can go immediately to the third layer in another wing. I’m not sure how this works when the remaining layer’s become available. Completing the layers awards you Soul Ash which you need to construct legendary gear. As far as I can tell, Torghast does not drop gear.

I, honestly, struggle with this concept. It’s probably the one negative to Torghast, especially for alts. Obviously, for my raid toon, this provides the ability to craft gear that will give me a significant advantage in the raids. The amount of Soul Ash you get is capped each week so going in weekly will help craft your legendary gear (and upgrades) sooner rather than later. I rarely, if ever, raid on my alts so getting a legendary for them is simply cosmetic. Does this mean I will still do Torghast on my alts? Probably, because the challenge could be fun, however its not going to be something I do every week on every alt.

So far I like Torghast; more than I thought I would. I’m glad there is a cap each week so I don’t feel obligated to do it every single day, each week. It would get pretty old, really fast if I had to do it that frequently. Granted we are just beginning week 3 so the question is will I continue to enjoy Torghast? Or will the interest wane over the next couple of months? It’s difficult to say. Perhaps I should consider a follow up post in the spring to discuss how its going. I’m also going to predict that something will change about Torghast in future content patches to keep it interesting. We’ll see.

What are your Torghast first impressions?