I feel like I use to write “State of the Game” or “State of the Raid” posts in the past, however I cannot seem to find one. I prefer “State of the Raid” as a subject because it’s more applicable to me (and my raid friends). It’s also the primary reason I log in every day. However, this post is about more than just our progress in Ny’alotha; it’s also about my progress with all end game activities. 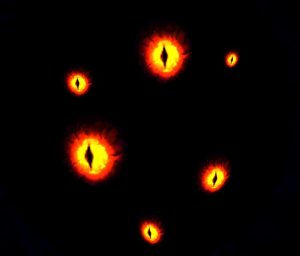 Ny’alotha is the final raid of the Battle for Azeroth expansion. We are fighting to save Azeroth from N’Zoth, who has nightmarish plans for the world. In Normal we are consistently 11/12 within a lockout. N’Zoth, even on Normal, is a very challenging boss so we have made the logical choice to start working through Heroic content. The gear, hopefully, will help us to be successful against N’Zoth. We are currently 3/12 in Heroic.

We are also working on completing through Carapace of N’Zoth within a single night so we have more time to focus on Heroic. After the current lock out, however, we will have completed the quest to unlock the skip mechanic. Therefore we will likely focus exclusively on Heroic very soon. Ahead of the Curve is our goal, as always, which awards the Uncorrupted Voidwing, a freaking sweet mount! I’m a little worried though; N’Zoth seems perhaps a little over tuned and/or overly complex. I’m honestly kind of hoping for a nerf, however I have confidence in our raid team (Humpday!!)

This expansion is one of the weaker ones. Probably not as weak as Warlords of Draenor. Perhaps more on par with Cataclysm. I was interested in the story through the previous patch, in which we faced off with Azshara, a baddie that dates back to Vanilla. Now we are facing off against another old god, who seem to be the antagonists behind all that plagues Azeroth. I don’t find the battle against N’Zoth as epic as it was fighting Azshara. The advantage this expansion has over previous weaker expansion is the non-raid end game activities that are available. 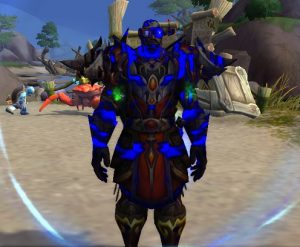 When I’m not raiding, my wife and I are completing Assaults and running Horrific Visions to upgrade our cloaks. We are current as of this post (i.e. Rank 12). The higher the rank we have on our cloaks the more corrupted gear we can have (which improves our survivability and contributes to our raid progress). After cloaks then it’s usually the alts I spend time on. Most things you can solo if you don’t want to group. I find that appealing as I’m not always interested in group activities (unless its with my wife). Granted I’ve only completed up to Rank 5 on an alt; soloing Corrupted Zones or *shudder* Lost Zones is frightening.

The Azerite system is OK. There are times when I feel its tedious to have to go to the Chamber of Heart to active a new trait. Also, getting a new piece of Azerite gear can be a little annoying, especially during raid when you are trying to bust through content to get to your progression point. Having to stop and plug in Azerite traits slows things down, especially if you have to look them up on icy-veins (or similar web sites).

Aside from getting the Ahead of the Curve achievement, I will have to start making my end-of-expansion goal list. Shadowlands is just around the corner.

One Response to “WoW: BfA State of the Raid”