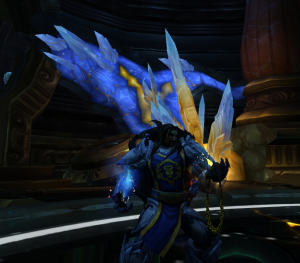 We are about six weeks into the eighth World of Warcraft expansion. The Battle for Azeroth has begun; the Horde and Alliance are engaged in fierce warfare to control the Azerite. The first raid, Uldir, is available and Blizzard has already announced the first content patch, Tides of Vengeance. Therefore, by this point in time we have experienced everything that is new to the game. While there is more to come, here are my Battle for Azeroth Impressions thus far.

Battle for Azeroth: The Good

I know why Blizzard doesn’t allow flying in new expansions. I “complain” about not flying quite a bit but it’s only to be an irritation (*cough* “Tony” *cough”). However, in all honesty I do enjoy using ground mounts exclusively at the beginning, for two reasons.

The story arc I’m looking forward to most is Queen Azshara. We saw her briefly during the Court of Farondis questline, but heard very little of her after that. She’s clearly involved in this expansion so I’m excited to see if she will be a raid boss. It’s time she is put down!

Battle for Azeroth: The Bad

While I don’t think this expansion is starting out as great as Legion, I couldn’t think of a lot of things I think are “bad”. The one item I’m still not happy about are dungeon quests required for professions. Granted I have not reached the max level in all the crafting professions, however Anchor Weed, the rare herb in this expansion, has a dungeon quest required to reach rank 3. It also appears that herbalism is the only gathering profession that has a dungeon component to it.

I don’t mind using quests to reach ranks 2 or 3, but I do not like profession quests that require a dungeon.

Battle for Azeroth: And The ‘Meh’ 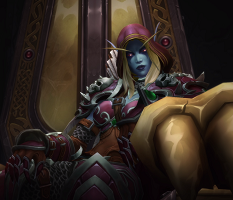 As much as I do like that Queen Azshara is mentioned a lot, I’m still not as into the story as I was in Legion. Granted, I don’t think it’s as weak as the story for Warlords of Draenor but the whole “Horde vs Alliance” feels a bit cliche. Perhaps the reason I’m not as into the story is that I actually like Sylvanas and the fact that she’s lost her mind is fantastic. Unfortunately, 98% of the community disagrees and they all hope she dies (btw, I even play Alliance). I’m sure I will be labeled a traitor when I say, I really hope we don’t kill her; in fact I think she’s under the influence of Queen Azshara. While I don’t think she makes a good war chief, I would rather over throw her than kill her (thus killing another Horde leader).

The two new world mechanics in Battle for Azeroth are Island Expeditions and War Fronts. These are essentially the evolution of scenarios. Island Expeditions is a race to farm Azerite; that’s it. They developed an algorithm so each time you enter an Island Expedition it’s different, however its only different in terms of terrain and mobs. The objective is still ALWAYS the same. Island Expeditions feel so lackluster that I’ve been renaming them to “Island Adventures”. There is good news. I believe Blizzard has plans to make some changes so they are not so terribly bland.

Honestly I think these Island Expeditions should feel more like War Fronts where the action is immersive. While the objective in a War Front is the same, you can get there by doing other things (i.e. farming iron/wood, attacking clinch points, etc). The downside to the War Front, especially when you can’t enter the battle, once you complete the quests, there is nothing else to do for several days. If you’re still trying to increase your item level or you have alts, they are a great way to get some decent pieces of gear.

All in all, Battle for Azeroth is off to a decent start. It has more going for it than Warlords of Draenor. I also suspect that there are more surprises coming for players (not just story but game mechanics as well). I feel like Blizzard is intentionally holding something back, and perhaps BlizzCon is when we will find out what else is coming.