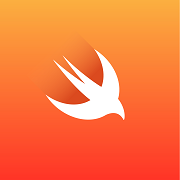 A couple of months ago I decided to start diving into Swift. I know Swift is still in its infancy and Apple seems to be breaking it with every XCode/OS/language update. I had watched all of the videos Pluralsight had to offer (though I noticed they recently published new ones). I have dabbled in Objective-C prior to Swift’s announcement and it is as convoluted and cryptic that everyone says it is; but it’s not impossible to learn. Swift, however, would make iOS app development a heck of a lot easier.

It might help that I have a sufficient background in object-oriented development in .NET as well as fluency in JavaScript and HTML5. I’m not sure if the latter would provide any value comprehending Swift, but I’m sure it doesn’t hurt it. I think the concept that provides the most value is understanding the MVC design pattern. I completed a very basic “Hello World” style app back when I first tried out Swift; it appears there have been a couple more updates so I hope to explore those [potential] changes in a few weeks.

Apple has been pretty quiet about Swift since it was introduced. I’m not sure if that’s because they were expecting the Internet to pick up that mantle or if they are planning additional announcements (WWDC perhaps – which, ironically, is occurring on the day that I published this post). If you have been using Swift recently and have something to share (good or bad), I would enjoy your comments below. Perhaps, in a few weeks, after I have dived back into iOS development, I will post an update.

UPDATE: After watching WWDC it looks like Apple is ready to take Swift to the next level with Swift 2 and by making it open source (which was received with raucous applause). This announcement was probably the most exciting thing (for me, at least) to come out of WWDC this year; unfortunately Swift 2 (and the open source library) won’t be available until the end of the year.

One Response to “Tech Talk: Ready For Swift? [UPDATED]”