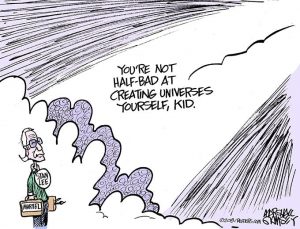 Now that we have all had time to process the heartbreaking passing of Stan Lee, it’s time to dedicate a post to his legacy. The image to the right is one of my favorite, of the thousands of memes folks are sharing since his death. The truth in the image is indescribable. Only one other being has ever created a universe as massive and powerful as the one Stan Lee created. He has been inspiring us for 95 years so he was no spring chicken. His passing should come as no surprise, but we grieve the loss of such an extraordinary man. RIP Stan Lee.

For Me, It Started with X-Men

You didn’t openly talk about comic books in high school. Even our conversations regarding Star Wars or Star Trek were clandestine. My dad was into X-Men and thus that is where I began in the Marvel Universe. X-Men are still my favorite; the comics, the animated series and, eventually, the movies. Avengers are pretty good too. Stan Lee was one of the first ones to tell us that it’s OK to be a geek. He taught us that no matter what the world thinks of us, we should never be afraid to embrace our passions.

[Being a ‘geek’] has become a badge of honor. It’s geeks who really make or break a TV show or movie or videogame. They’re the ones who are passionate about these things and who collect [the paraphernalia] and talk about them. – Washington Post

And Then Came Marvel Studios

Stan Lee is now one with the Force

When we heard that live action films of our favorite Marvel heroes was in the works, we were all rejoicing. I know in the back of our minds we hoped it wouldn’t ruin our favorite comic books. It was a comfort to know that Stan Lee was attached to all the projects. If Stan Lee was involved then all directorial decisions had to have been approved.

I think we all remember that first Stan Lee cameo in the X-Men movie. Its been an Easter Egg hunt for him in every Marvel film since then. We all felt like we just saw our grandpa in a movie. His paternal influence and sense of humor are his most endearing qualities. When we are watching the Marvel movies again and see his cameos it’s going to tug on the heart-strings. The lamentations will be stronger knowing that those cameos will be missing in future projects. It’ll feel a bit like seeing the end of Rogue One just after Carrie Fisher died; and its going to be hard to imagine the Marvel Universe without him. Who will carry on this man’s extraordinary legacy? How do we move forward from here? I know how Stan would respond  – “Excelsior!”

RIP Stan Lee and Thank You