Star Wars Manbabies are Ruining the Franchise (not Disney) 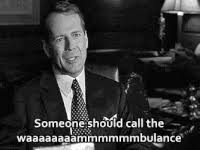 It is a tumultuous year for the Star Wars franchise. The polarizing effect of The Last Jedi likely contributed to the lackluster box office of the Solo movie. This is unfortunate because the movie is actually quite good. The trolls and sniveling “fans” have been posting diatribe after diatribe that Disney is ruining Star Wars. The real fact of the matter is, these manbabies are ruining the franchise, not Disney.

Disney has not only brought Star Wars into the lives of our sons and nephews but also our daughters and nieces. While I absolutely appreciate the nostalgia of the original trilogy, modern times calls for modern movies. Making new trilogies and new movies (i.e. A Star Wars Story series) is how we keep our children as excited about Star Wars as we are. Kathleen Kennedy (et al.) brought Star Wars into the context of the modern world. They do this with a more diverse cast, a female protagonist, and modern dialect (ex: Poe’s “mom” joke).

So while Disney is trying to be more progressive with Star Wars, how are the jaundiced fans responding? They bully and bigot until the stars of the movies are forced to abandon social media. They create fake accounts to drive down audience ratings, create phony online petitions, and other nefarious acts that are an embarrassment to all Star Wars fans. Their chronic bellyaching and narrow-mindedness has no place among real fans. The moniker of “manbaby” is well-earned. They are better off denouncing Star Wars (all of it, original trilogy et al), and go live under a rock or DIAF. I’m tired of reading about it.

DIY If You Think You Know Better

I’ve said it before, and I will say it again. If you think you can write a better movie then write the script, hire the crew and make the movie. I look forward to seeing it in the theater. If you are unable to do any of that and you can’t be a little more open-minded, then Shut The Fuck Up!

For Introverts, Gregariousness is Optional

RTotD: What is it About a Circuit??