I’m sure many are waiting for my manbaby to emerge and tantrum after the cancellation of the Boba Fett and Obi-Wan movies. The truth is that I’m not bothered by it at all. In fact the decision makes sense. It has absolutely nothing to do with the poor box office performance of the Solo movie. As much as the butt-hurt manbabies try to rationalize, the poor performance is not the result of fan protest. Fans actually went to see the Han Solo movie! That being said, why am I not butt-hurt about the cancellations? 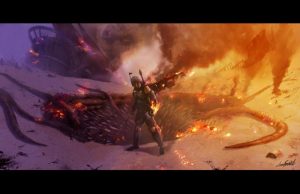 I don’t think Disney mentioned the plot of the Boba Fett movie. The other non-Skywalker movies take place between Episode 3 and Episode 4. I really doubt that a Boba Fett origin film was planned. Attack of the Clones is essentially the origin story. He’s a clone of Jango Fett that remained unaltered. I think it would be a surprise if this was the intended plot of the movie.

So if it’s not an origin story, there is only one other logical story line. The story line that has been an enigma since Return of the Jedi. Boba Fett’s rumored escape from the Sarlacc in the Pit of Carkoon. This is the story I believe Disney would have pursued. Everyone wants to know how Boba Fett survives the Sarlacc but I’m glad we won’t. I would prefer this remain a mystery, why ruin it? Now we are left to the manifestations of our own minds, which are better than any producer, writer or director could ever imagine. Besides, we wouldn’t have as much excellent fan art and depictions.

What Would We Learn About Obi-Wan? 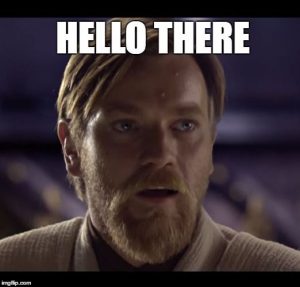 The bigger mystery of these two movies is what would the plot be of the Obi-Wan movie? We learn more about the Death Star plans in Rogue One. We learn about how Han and Chewie met, the Kessel Run and the Millennium Falcon in the Solo movie. What would we have learned about Obi-Wan? The prequels told us how he became a General and the Clone Wars animated series told us how he and Anakin became friends.

A couple of reports emerged that suggested the story was going to take place while Obi-Wan was in exile in the Jundland Wastes on Tatooine. He would become involved with some kind of conflict between local farmers and the Sand People. It’s not a story I was terribly excited about, therefore cancelling this movie made sense to me. Besides, I think what we all really wanted to see is Ewan McGreggor as Obi-Wan Kenobi again.

The cancellation of the Boba Fett and Obi-Wan movies was the smart move by Disney. While we all really want to see more of the two biggest bad asses in the franchise, I think it’s better they remain enigmatic. I don’t think this is the end of more “Star Wars Story” films. I would love to see Donald Glover reprise Lando in his own film, which Lucasfilm has hinted at before.