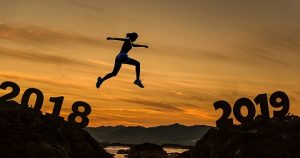 It is now 18 years after the dreaded Y2K scare. I wonder if there is anyone still hiding in their bunkers. While the Y2K date issue was a valid bug in most software, it would never have caused the catastrophe the fear-mongers were predicting. Be that as it may, 2018 is over and another year is in the books. Most of us are still here but its hard to tell if any of us still like each other. Lots of people still have a hard time seeing past party boundaries and misguided political correctness. I’m going to cover a lot of the usual retrospective topics, I might throw in a couple of new items. So with that said, time for the 2018 Year in Review.

I know this is rather macabre but I like to take this opportunity to talk about the celebrities we lost this year. I have two reasons for doing this. The important reason being to honor their memory. These people brought joy and entertainment to our lives, we owe them some homage. The other reason is merely for acknowledgement. There have been times in the past when I did not know a celebrity has passed away (e.g. when Leslie Nielsen died).

I’m only going to mention those in the entertainment industry. While I believe any person in political office definitely deserves recognition, I avoid making any political statements or allude to political leaning. Therefore I avoid mentioning specific names so as to not show favoritism toward any one political party. I will say that I appreciate their valuable service to our country and that I hope their actions were driven by their heart and values and not by kickbacks or constituent persuasion. 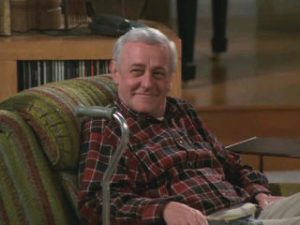 Jerry Van Dyke (86) is widely known for his role as Luther in Coach. He was also the younger brother of legendary actor Dick Van Dyke. I didn’t watch a lot of Coach but Luther was hilarious, much like Jerry himself. Going from brother’s to father’s, I was really sad to learn about the passing of John Mahoney (77). My all time favorite show is Frasier and John Mahoney was Martin Crane, the crotchety father of Niles and Frasier. One of the most surprising facts about John Mahoney that blew my mind, he was born in the UK, he should have had an accent very similar to Daphne Moon in Frasier. Speaking of great shows from the past, Night Court was a fantastic show from the mid-80s with the honorable Harry Stone portrayed by Harry Anderson (65) who left us too soon from a stroke.

I know several of the TV actors that passed away were also in movies, but they are better known for their TV roles. So, with that said, we start notable movie deaths with R. Lee Ermey (74). Everyone probably knows him best as Gny. Sgt. Hartman in Full Metal Jacket, I think a drill sergeant is a role he was most comfortable playing as it seemed its a role he

was always playing. We had to give a heartfelt good-bye to “the Bandit“, Burt Reynolds (82) was definitely one of the “good ol’ boys” and watching old Celebrity Jeopardy videos will never be the same. Speaking of iconic roles, Verne Troyer (49) will always be known for his role as “Mini-Me” in the Austin Powers franchise. He brought a lot of joy to the role however, despite all that Verne Troyer drank himself to death. Please watch your friends for early warning signs of depression. There were far too many celebrity suicides this year and I’m sure it represents a mere sample size of the number of deaths by suicide in the country.

And Then There’s Stan Lee

I’ve already said a lot about Stan Lee. Losing him is a mighty blow to Marvel and comic book fans. X-Men is the only comic book I ever read as a kid and I’ve enjoyed all of the comics brought to the screen. Stan Lee inspired all geeks to be ourselves and fight for your dreams. He would have been 96 this past December; while nearly a century old, his legacy will live on for many centuries to come.

As usual I wish I could have gotten out to see more movies; three seems to be the average. Granted every year there is a Star Wars movie which is my greatest motivation for seeing a movie. This list may dwindle down to two movies the year there isn’t a new Star Wars movie to see. With that being said, here are the 2018 movies I saw in the theater.

The Han Solo movie is my favorite. I would be lying if I said there isn’t a little bias in that opinion. The release of this movie was poorly timed on Disney’s part and should have been pushed to a December release date to coincide with the release pattern of the other Star Wars movies. Only a dumbass would try to compete with the third Avengers movie, especially one as epic as Infinity War. I am most disappointed with The Grinch, Hollywood should have learned from the live-action remake, you cannot improve a classic nor should you expect to reproduce its success.

2018 FitBit Stats and Walk to Mordor

I completed the main Walk to Mordor challenge on October 18th this year, however I honestly can’t remember what day I finished last year. Perhaps it’s time to make some updates to the page where I track my progress with some year-over-year data. October is still too late to try to complete the … And Back Again leg of the challenge. Since the distance for the second leg is nearly as far as the first leg, I need to complete the main challenge by July at the latest. Here are my 2018 Fitbit stats:

The web page where I track my Walk to Mordor progress, as well as the family gift list page, will be getting some love this year. I plan on trying out some new programming libraries and integrating a much more mobile friendly design.

In 2017 I barely touched any of my home automation projects. However, in 2018 I finally made some progress. I successfully programmed a raspberry pi to use Siri to control a device using vocal commands. Unfortunately it seemed to only work once and I suspect this is because Samsung changed the apps. They are trying to phase out the old SmartThings app and are encouraging everyone to switch to the Samsung SmartThings app. The new app doesn’t seem to support all the same features the old app did so this projects becomes a work in progress. We are also adding more smoke detectors that connect to the SmartThings hub.