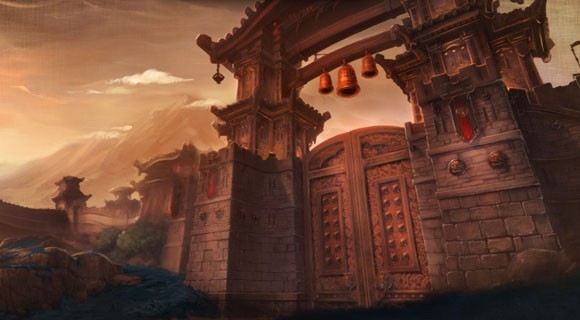 This week the 6.0.2 patch is released, which contains pretty much all the expansion changes except the new zones. We will essentially be bidding farewell to Pandaria as everyone prepares for Warlords of Draenor by grinding the three new instances (and acclimating to the item squish and class changes). So as we bid adieu to Pandaria I want to reflect on my likes and dislikes of this expansion.

First, Mists of Pandaria was not my favorite expansion. Wrath of the Lich King is still the forerunner but a huge margin and I’d probably say that I liked Cataclysm more than Mists of Pandaria so it probably falls in about third place among the expansions. MoP had some highs and lows.

– I loved the Asian theme. I think Blizzard’s art department did an amazing job integrating the storyline and new Pandarian race with a Chinese motif. Speaking of the Pandarian race, I really did enjoy them more than I thought I would in fact if Pandaren could be Paladin’s, I probably would have race changed my main.

– I did like the introduction of Flex raiding. We would struggle a lot to gather enough people for a full raid team, Flex helped us kill some raid content without having to constantly put enough butts-in-seats.

– I seriously loved Sunsong Ranch. I completely unlocked all 16 plots on all my max level toons. I was fairly diligent in planting things daily on all my toons as well. I think my enjoyment of the farm will transfer to my garrison.

– I was never a fan of the name of the expansion (for starters) and I’m still not the biggest fan of it. It never seem to fit in with the inauspicious titles of all the previous expansions. It was definitely too … fluffy!

– This expansion was way too long. Blizzard released content too quickly and left all of us twiddling our thumbs for about 8 months.

– I couldn’t really get into the story. Blizzard definitely succeeded by making all of us despise Garrosh but his ultimate plan seemed anti-climatic.

– In the end, I did not like how everything became a grind-fest. 20 of these bobbins for the legendary,  then 10 more of these others, etc. The Timeless Isle became the epitome of the old school rep-grind.

Despite the fact that I have more bullets that describe things I didn’t like, the points that I did like count as double. It was enough to keep me coming back most days to keep playing some of the content. I imagine its difficult for Blizzard to find that happy medium between releasing content too quickly and avoiding long content gaps.

During WotLK it was difficult keeping 25 people happy in a raid, I cannot even begin to imagine what its like to keep 7 million happy. Everyone plays at their own pace, how do you appease those that finish content much faster than the others. One thing is for sure, I’m glad that’s a conundrum that I don’t have to figure out.