WoW Classic Is A Classic Blunder

In Gaming, Soapbox, World of Warcraft

In August Blizzard will deliver on a promise they made at Blizzcon. Live servers of WoW Classic will go online. So many players are eager to get back to basics; and I don’t understand WHY! The only answer I have is nostalgia, but I think even the nostalgic vanilla vets will be quickly reminded how awful questing is. The other group that may be drawn to Classic are all those that began playing WoW during one of the expansions. These people will be among the first to bail and they will come running back to the current game faster than Barry Allen. Ultimately, I think WoW Classic is a classic blunder; I give it 6 months and the numbers will dwindle.

Honestly, I think this is a money grab. I think Blizzard is trying to rekindle their old subscription numbers by luring back old players. They might succeed. Players who cancelled their subscription several years ago will come back to play classic, and perhaps check out the current state of the game. Perhaps some of those players will keep playing the current game. 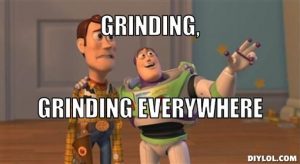 The first thing everyone will be reminded of quickly is the utter lack of quality-of-life. For example, looting quest items while in a group. For every mob that you kill, the loot belongs to one person, and one person only, including quest items. Therefore the total number of mobs you have to kill, assuming a guaranteed drop, is equal to the number of mobs needed times the number of players in your group. It could literally take an hour to get 10 items for everyone in your group.

Also, to make that grind feel extra special tedious, you will have to RUN …. EVERYWHERE, for 40 levels. You will not be able to use a mount until you reach level 40, and that is assuming you can afford it (which means grinding for cash on top of everything else). So grab a book, bind the auto-run key and … get a few chapters in while you quest in Desolace.

When you reach level 60 you will have nothing to do, especially if you are not raiding. You could traipse around the world and complete every quest you can possibly find. ◉_◉

Or you could start an alt and do it all over again. (ノಠ益ಠ)ノ彡┻━┻

Ultimately, your level 60 character will simply collect dust because the only end game content WoW Classic offers is raiding. Oh, and if you thought grinding levels was grueling, raiding in Classic is a whole new level of grinding.

WoW Classic Raiding Will Be A Blunder

If you want to raid in classic you will be forced to join a raiding guild, unless you are lucky and find a frequent raiding group on the LFG channel. Raids in WoW Classic are 40 man only. Raiding will be a daily occurrence if you want to progress. I remember in vanilla there were raid teams meeting 4 hours every night to complete Molten Core. Remember, in Vanilla there are no lock out extensions. You must complete the raid before it resets.

I think Blizzard is standing up these WoW Classic servers as a stop gap for current players. They don’t want to lose subs because of another lackluster expansion so they are giving players, who are caught up on current content, something to do. I think they are also doing this as a stop gap because the next expansion is probably over a year away and 8.3 will be the final patch for Battle for Azeroth.

Also, for the record, I am a “Vanilla Vet”. I created my first character, a Night Elf Hunter, in vanilla, but I leveled my paladin before they launched Burning Crusade. I am not feeling so nostalgic that I want to grind through it all over again. I did try the open beta and after 2 hours of grueling quests, I uninstalled the game. I might try it again, when I’m really bored, but it won’t be when it launches. In fact it will probably be several months after it launches before I subject myself to that kind of torture.

It Will Never Change 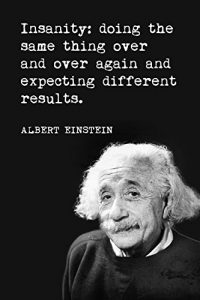 The most baffling thing I’ve heard is that some players are, allegedly, abandoning the current game to exclusively play WoW Classic. I understand if some people think that the current content (while a little weak in story) does feel like a daily grind. However, why would you trade one grind for an even larger grindfest?!? At least in the current game there is some choice and the choices change daily. WoW Classic will never change.

If all of that sounds exhilarating to you, then power to ya. I’m quite content with my spoiled quality-of-life World of Warcraft.