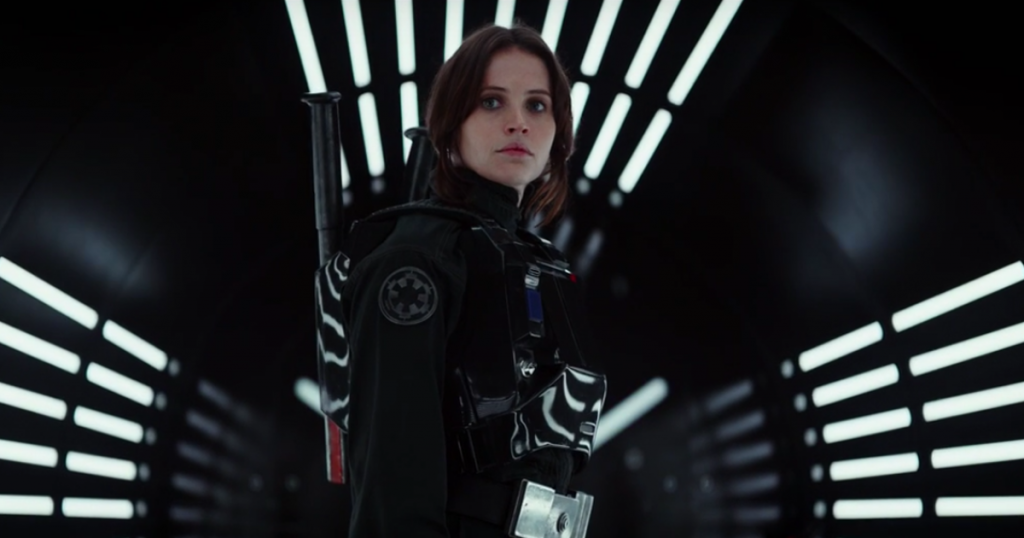 If you’re a Star Wars troglodyte (aka a Trekkie – j/k Trekkies!), or just a newbie you may have no clue as to the story Rogue One will tell. I’ve also been reading a lot of fan theories trying to connect characters in Rogue One to The Force Awakens. While I admire the hypothesizing, I was never under the impression that there would be a lineage connection between any of the new faces in Rogue One with any character in The Force Awakens. All of these fan theories has given credence to how successful the story is in The Force Awakens. If the movie hadn’t been so cryptic as to the origins of Rey and Snoke, people wouldn’t be trying to find the answers in trailer subtext.

Is Snoke in that bacta tank?

The Rogue One creative executive, Pablo Hidalgo, ended all of that speculation with his tweet (as mentioned in this article):

@SWHolo_Net @TAnders843 Snoke is not in Rogue One. Like, in any way, shape or form. This is a standalone movie.

The producers (and Disney) want Rogue One to be a stand alone film with the only common element being that it’s Star Wars (hence “anthology film“). The movie will be the telling of how the rebel spies (as mentioned in the opening crawl of A New Hope) managed to steal the plans to the Death Star. While its true that the movie “is set between Revenge of the Sith and the classic that started it all, 1977’s A New Hope”, its chronologically much closer to A New Hope. In fact my suspicion is that the movie will end with the delivering of said stolen plans to Princess Leia thus triggering the events that unfold in the beginning of A New Hope. Granted I don’t know how much lore already exists surrounding the theft of the Death Star plans but I hope Disney sticks to it if any lore exists (remember they only debunked any lore post-ROTJ). Be that as it may, the unequivocal answer to these questions is “No”. Jyn Erso is not kin to Rey or Phasma. Supreme Leader Snoke is not bobbing around in a bacta tank.

Rogue One will be one of three anthology films Disney plans to release (the other two will be a Han Solo film in 2018 and a Boba Fett film in 2020). I do not expect this film to have the same success as The Force Awakens as I believe all three of these films are simply for the fans (and another profit-generator for Disney, since they love to milk a subculture for every dollar they can). I do plan to see this movie in the theater (because its required to see a Star Wars movie in the theater). The director, Gareth Edwards, doesn’t have a lot of highly successful credentials, with the possible exception of Godzilla (2014) so that could be a red flag but I think it has the potential to be one of those obscure fan favorites (The Ewok Adventures anyone?). Regardless, I’m excited to see it