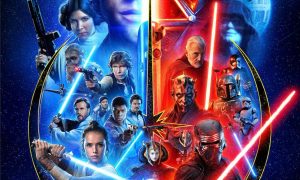 Today is the last day of Star Wars month. May 31st doesn’t have any coincidental Star Wars parallels. In fact the 25th was pretty much the last Star Wars themed day for the month. Some folks have tried to come up with a theme every day of the month. It’s a valiant effort but the vast majority of them are a stretch.

The most appropriate goal for the month is watching all the movies. There are 9 movies in the Skywalker Saga and 2 spin-off films. The combined runtime of all 11 movies is approximately 25 hours. The order in which you watch the movies is your choice. Personally I chose chronological order (as opposed to theatrical release order).

This year was particularly special as my daughter insisted on watching all 11 movies with me. If there is one positive thing I could take away from this covid ordeal its that we got to watch these movies together. Under normal circumstances she would have been at school or daycare. We did not watch the Clone Wars movie that introduces the animated series. I feel like I probably should have included that.

This year was the first time she saw Revenge of the Sith (my personal favorite of the prequel trilogy). I hadn’t shown that to her previously because it’s pretty dark. In fact I even warned her that the movie doesn’t really have a happy ending. She did not like how evil and cruel Anakin becomes. When the movie was over her exact words were “I am never watching that movie again!” I was amused but not terribly surprised.

I finished watching The Clone Wars series, which wasn’t all that difficult. I was caught up to Season 7 prior to its release and I was watching each new episode as it came out. Dave Filoni did an amazing job wrapping up that series. On the other hand, I did not finish watching Rebels. In fact I only made it through two seasons, which is surprising. Rebels is, by far, my favorite of the animated series. Since I haven’t finished Rebels, that means I did not watch Star Wars Resistence either. 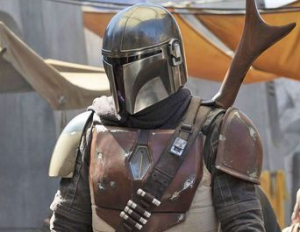 I only watched one episode, so far, of the Disney Gallery series on The Mandalorian. The first episode was really good, I just prioritized the movies and Rebels above this docuseries. If you’ve watched all, or any of it, please let me know your thoughts. I’ll probably try to finish everything else first and then finish watching it. Before Season 2 comes out in the fall, I will re-watch The Mandalorian.

As a final homage to the Star Wars franchise, I managed to listen to all 11 soundtracks while jogging this month. I really wish there was a consolidated album for The Mandalorian music. I found a great Spotify playlist which is essentially what I want in a non-streaming format.

I admit, while March and April seemed to drag on because of the state of the world right now, May seemed a little less “doom and gloom”. I owe it to my love of this great franchise to get me through these crazy times.

Also, coincidentally I started playing Star Wars: The Old Republic again this month. One of those Bob Ross “happy accidents”.