Star Wars: From A Sith Perspective

In Biggs On, Star Wars 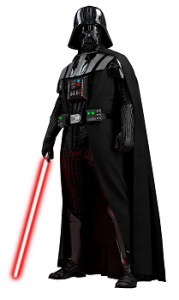 My wife is not into Star Wars; it’s essentially just myself and my daughter (for now, she’s only 5). However sometimes my wife and I have discussions about canon. It’s almost better that she doesn’t know as much as I do because she brings a new perspective. One that is less mired by 40 years of expanded universe novels and Disney influence. Therefore she is a great source of inspiration for new topics and our recent discussion was Star Wars from a Sith perspective.

This topic is the result of a longer discussion about future Star Wars Celebration events. The theme for SWC usually has some kind of movie or milestone to celebrate, hence “celebration”. The final movie in the Skywalker saga has finished filming and is now in post-production. So now what?

Where Are We Going From Here?

There are 20+ Marvel films so we know Disney doesn’t like letting go. Disney has announced a new trilogy but we won’t see the first film until 2022. This is a smart move, we don’t want Star Wars to suffer from the Marvel “super hero burnout”. However, we are getting more Star Wars in the form of live action and animated TV series.

Be that as it may, our conversation has nothing to do with anything in production or announced. Our discussion is completely hypothetical but a really cool concept.

Movie(s) From A Sith Perspective

I love the idea of a movie (or movies) told from a Sith perspective! All of the Star Wars movies are told from the protagonist perspective. However, not everyone sides with the Jedi; the Sith are equally as cool. It isn’t just the “goths” and “emos” that are drawn to the dark side, millions of fans of various personalities enjoy the Sith. The Dark Side always seems to have the cooler characters (ex: Darth Maul, Asajj Ventress, Darth Revan) and the cooler lightsabers (ex: Darth Maul, Kylo Ren, etc). So wouldn’t it be cool if Disney/Lucasfilm developed a film (or series of films) which told a story from the Dark Side?

We are told that the new series of films will take place around the time of Knights of the Old Republic. We don’t know yet if this will follow the story as told in the video game, but it certainly has all of us fans in a tizzy. These films could be told from Darth Malek’s or Kreia’s perspective, adding a more sinister and dark appeal to the films. Honestly, I don’t think this is the approach Disney, or the directors, will take. A game as popular as KotOR, you don’t want to change things up too much.

I think a movie about the rise and fall of Darth Revan would be amazing, if it’s done right. Only the future, and Disney, knows what’s in store for the franchise. In the meantime, it looks like the closest we will get to an antagonist lead is The Mandalorian, which looks incredible.