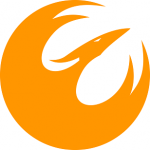 I haven’t written a Star Wars post in a while (other than a HMDYK post). I have one or two in draft but they are not fully thought out enough. Lately I’ve been watching Star Wars Rebels because I’ve heard so many good things about it. The final episode aired in 2018, so after 2 years, I’ve finally finished watching it. In all fairness, I haven’t had cable in five years so I didn’t have Disney XD which is the only place you could watch it (at the time, legally anyway). Thank you Disney+!

Be that as it may, I really focused on finishing Star Wars Rebels in time for Season 2 of The Mandalorian. There are rumors of characters from Rebels showing up and I wanted to be caught up. Suffice it to say, if you haven’t watch Rebels yet, you need to! The series is amazing! Its another series with Dave Filoni at the helm, so it shouldn’t be anything less than amazing. Also it gives you such a nostalgic feel of the original trilogy while also incorporating so much from the prequels and The Clone Wars.

It Has All the Feels 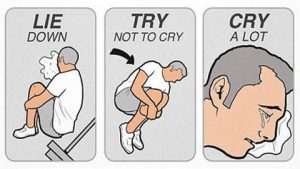 It will make you laugh and it will make you cry (especially the second half of Season 4). I love The Clone Wars but Rebels is by far my favorite. Dave Filoni (et al.) did a fantastic job of creating a wonderful story while maintaining great continuity. I’m more inclined to go back and binge-watch Rebels again before The Clone Wars (although 4 seasons vs 7 seasons is less daunting).

I think the relationship between Kanan and Ezra and the Force is the best part of this series. Kanan and Ezra are now, easily, in my top 10 favorite Jedi. Honestly, the whole series feels like it’s more about the Force and being a Jedi than it is about the formation of the Rebellion. It’s kind of the Jedi/Padawan story we all wanted to see with Luke or Rey.

While I rank this series much higher than The Clone Wars, I think you need to have watched all of that series before starting this one. It continues and closes many storylines from TCW and perhaps even a couple of the movies. It brings in several of my favorite characters from The Clone Wars and even a couple from some fan-favorite novels. I could keep going but I don’t want to spoil it for those that haven’t seen it. Besides, you should be subscribing to Disney+ right now to go watch it.

Now, go forth and enjoy!