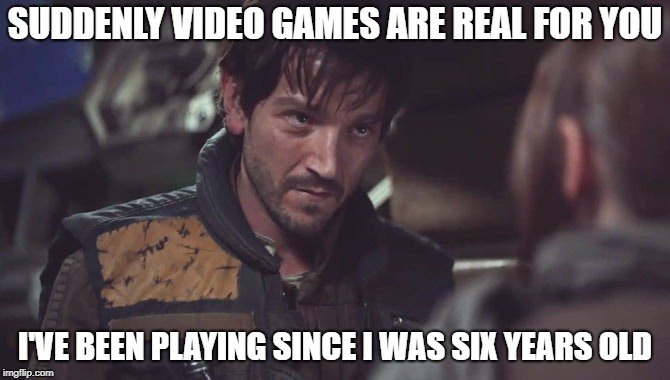 Video games are something I grew up playing. I was born after the Atari was introduce but just before the Nintendo era began. I was about 10 when I got the NES, Super Mario Brothers and Blades of Steel then became my world. I’ve had every iteration of the Nintendo since then, until the Wii U. I’ve also had a Sega Genesis and an XBox 360, however PC is where I spend the majority of my hobby.

Kids today will never appreciate the artistry and craftsmanship of video games. They did not endure 8-bit Pitfall and side-scrolling Super Mario Brothers. Legends of Zelda was the closest we came to an immersive world. Be that as it may, it doesn’t matter if you’re 16, 25, or 38, video games have no age barriers. In a world plagued by stress, bullying and butt-hurt social media trolls, video games provide a cathartic escape for all ages. As far as I’m concerned, I’ll keep going until my hands are so arthritic I can no longer hold a controller or click a mouse.