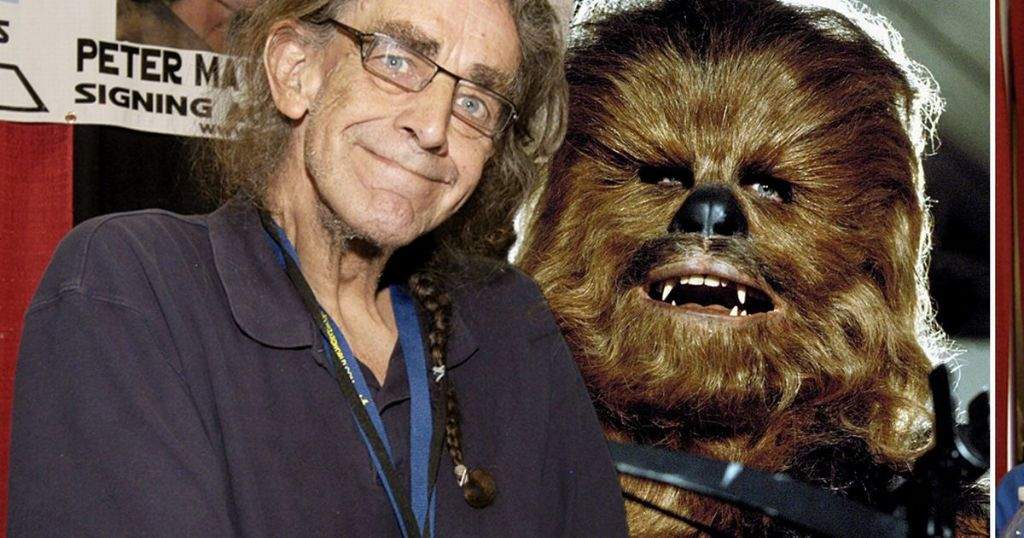 It’s been a year since Peter Mayhew passed away. Today would have been his 76th birthday, perhaps now it should be known as “Chewbacca Day”. There’s not much more I can say about Peter that I haven’t already said. The man is as legendary as the character he brought to life. Joonas is doing amazing work keeping the legacy alive, but then again he was coached from the man himself.

Happy Birthday Peter. Thank you for your amazing work and give the Princess and R2 our best. 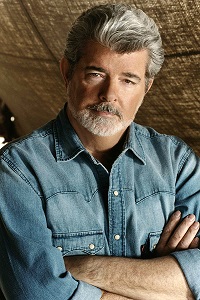 On this day, in Star Wars month, we celebrate the maker’s birthday. George Lucas, the man, the myth, the legend, was born this day. Whether you are a fair weather fan or a loyal fan, we owe it all to this man. If you’ve ever seen the movie THX 1138, that was originally going to be George’s style of sci-fi. Instead he went the route of a space opera with western themes and the world of cinema was changed forever.

This man had to endure a lot, especially during the late 90’s and early 2000’s. I admit that the prequel’s weren’t perfect. The Anakin and Padme dialog was poorly written and many struggled accepting that. Regardless the prequels are here to stay and that’s perfectly all right with me; they remain part of my annual re-watch.

In 2012 Lucas sold Lucasfilm and all the intellectual rights of Star Wars to Disney. There were rumors that so called “fans” were so toxic he became disillusioned with making more Star Wars films. Honestly, I think he was just ready to retire. Initially I was less optimistic about the acquisition but now, 8 years later, it was the right thing to do. Disney was the right company to take the franchise in a new direction.

While my wallet doesn’t like more Star Wars, my inner geek loves it. Furthermore, the Disney era of Star Wars has given me and my daughter something to bond over. It isn’t just the sequel trilogy but the Star Wars Story movies, the animated series and Forces of Destiny. Before, Star Wars was a male dominated fan base, but Disney removed the gender barrier and now Star Wars is for everyone.

I’m excited for future series and future films and it’s all thanks to one man.

As C-3PO once said “Thank the Maker” and in this case, the maker is George. 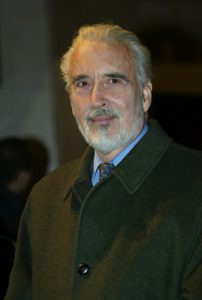 How Much Do You Know about Christopher Lee? The last time I wrote a post of this type it was about Peter Cushing. Coincidentally Peter Cushing and Christopher Lee were actually good friends and were in 22 movies together. Most of us probably only know Christopher Lee in two roles, both of which were villains. He was the evil Count Dooku (aka Lord Tyranus) in the Star Wars Prequels and another one of Emperor Palpatine’s pawns. Count Dooku was once the padawan of Master Yoda before falling to the dark side. As Lord Tyranus he had an apprentice, my favorite, Asajj Ventress. As is typical of Sith, he turned on Ventress to further his agenda and she vowed to one day kill Dooku for his betrayal. Fun fact the name Dooku comes from the japanese word “doku” meaning poison.

Christopher Lee was also the maniacal Saruman in the Lord of the Rings movies. Apparently Lee was quite a Tolkein expert (having actually met J.R.R. Tolkein); he was often dispensing tips and advice during the production of the films. If you’re a James Bond fan, like me, then you also know him as The Man with the Golden Gun, Scaramanga. It seems Lee had a penchant for playing the villain. However, there is much more to Sir Christopher Lee than many might realize.

“I Welcome You To My Home”

In October of 2009 he was knighted by Prince Charles for his services to drama and charity, he’s a classically trained singer and step cousin to Ian Fleming. Sir Christopher Lee passed away in 2015 at 93 years old! In that time he accrued 282 acting credits in television, movies and even video games. Like his friend, he starred in several horror movies, including the Frankenstein monster opposite Peter Cushing’s Baron Frankenstein. However it isn’t this monster that he was known for. 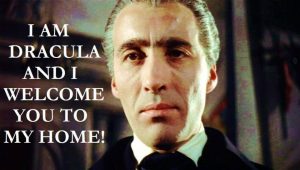 Before he was Count Dooku, Christopher Lee was the iconic Count Dracula. He portrayed Count Dracula in ten films until 1972 when, according to Lee, “the character had deteriorated to such an extent that it really no longer had any meaning“.

When he wasn’t hunting the blood of young women, he was also a sleuth. Just like Cushing, he also portrayed Sherlock Holmes as well as Sherlock’s brother Mycroft. His video game credits are all voice reprisals of characters he’s played (ex: Scaramanga, Count Dooku and Saruman).

With 282 credits, this could become quite verbose. The man is so interesting, an amazing intellectual and truly a legend. If you have any interesting factoids or comments to share, please leave them in the comments. 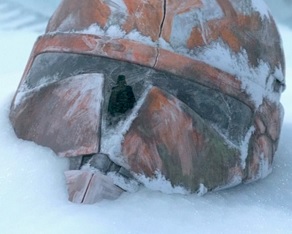 We finally got to see the end of Dave Filoni’s Star Wars masterpiece. We’ve been waiting since April of last year. Of course if you’ve seen Solo, read E.K. Johnston’s book or you’ve seen past the first season of Rebels, you know a little bit about how it ends. There are 12 episodes in the Clone Wars series finale (i.e. Season 7), broken up into three 4 episode story arcs.

In the first story arc we meet “The Bad Batch” which is a group of genetically mutated clones. A spin-off series of these guys would be fun to watch. Then we meet a pair of sisters that befriend Ahsoka as she helps them out of a nasty situation with the Pykes. Of course Ahsoka’s return is the most anticipated story arc.

The ninth episode is when Ahsoka is reunited with the 332nd, her battalion of clone troopers. My favorite part of the final four episodes is that they coincide with the events of Revenge of the Sith (up to and including Order 66). I love how well Filoni merged the the episodes into the movie’s story, including voice reprisals by Samuel L. Jackson and Silas Carson. The final moments of episode twelve were amazing and heart wrenching.

You know the saying “Go Big or Go Home”, well Filoni definitely “went big” to cap off this amazing series. I love that he invited Ray Park back so they can use motion capture for the fight sequence between Maul and Ahsoka. This really adds an awesome level of commitment to properly finishing the series. In fact these last four episodes were among the best in the series, second only to the Mortis story arc.

Thank you to Dave Filoni and all the amazing voice actors that make this series so amazing.

In the spirit of Star Wars month, the May Top 5 is Star Wars themed. I could have taken this many different routes. I actually thought about ranking the top five of the 11 films. While Empire Strikes Back is my favorite, I enjoy the rest of them so equally that it just wouldn’t work. I chose the top 5 Star Wars villains because everyone always picks their favorite Jedi or droid. The villains I selected go beyond the films. There are far more villains than you think when you include the animated and Disney+ series and all the books. So here we go.

There are so many villains to choose from. So much so there are enough for honorable mentions. The first of which is Moff Gideon (from The Mandalorian). He almost made it into the top 5, despite his debut status. The casting of Giancarlo Esposito to portray Moff Gideon is so perfect. The next honorable mention comes from The Clone Wars animated series; Cad Bane. Let’s be honest, bounty hunters are the best part of Star Wars and Cad Bane is among the coolest. I have been a Cad Bane fan since his first appearance in The Clone Wars.

Who are some of your favorite villains from the franchise?

Today is the biggest holiday of the month. I always wondered why the 25th wasn’t “Star Wars Day” since that is the anniversary of the release of A New Hope. However the clever and aptly named “May the 4th” is sufficient credence. I will begin my Star Wars re-watch of the 11 movies today (in chronological order). Also happening today is the epic conclusion of Dave Filoni’s Clone Wars series and the release of Disney Gallery: The Mandalorian, an eight episode documentary about the making of The Mandalorian (only available on Disney+). The year is off to a horrible start so Star Wars Day 2020 is the perfect opportunity to forget about it for a while.

To be fair, the deals on all things Star Wars is what I look forward to the most on Star Wars Day. The Star Wars website already has a post of the available deals. Here are a few of the notable deals (some of which started a few days ago):

The most disappointing “deal” this year is LEGO. They are not offering any sale on Star Wars LEGO items, instead they are giving away a Death Star II kit but you have to spend $75 in order to receive it. I’m also mildly disappointed, though not terribly surprised, that the Disney Store doesn’t have any specials.

If anyone spots other deals for Star Wars Day 2020 that are not listed in the StarWars.com post please feel free to leave a comment with a link to said deal. I’m especially interested in apparel and books.