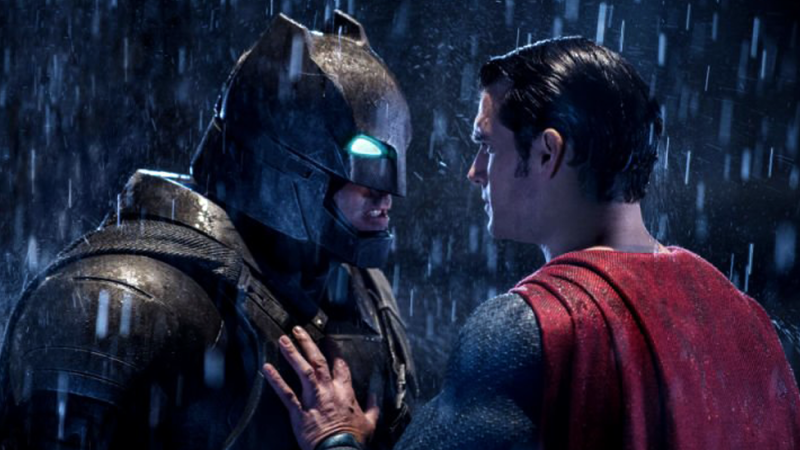 I did see Batman vs Superman. I have been talking smack about this movie since it came out and the reviews were so awful. I’ve mostly been doing it to those of my friends that give me a hard time about Star Wars (despite its $932 million in domestic box office sales). I’ve also been doing it because I knew I was going to see the movie. Typically I won’t be too quick to publicly judge a popular movie like this unless I intended to see it (after all, I did watch Titanic before I finally decided I didn’t like it). In the spirit of full disclosure, I probably wouldn’t have gone to see this movie if I hadn’t been invited by a friend and the real reason isn’t because of the reviews. I think ticket prices are awful! (Just to warn you, there is a little bit of a spoiler at the end.)

So the million dollar question is whether I liked it or not. There are a lot of cases where I’m glad I was wrong. This is one of those cases. I did actually enjoy the movie, a lot; but I don’t retract everything I was saying about it. I still think Ben Affleck is a bad actor. As a co-worker put it “Ben Affleck couldn’t play Ben Affleck”. He’s still a very one-dimensional actor playing a role that requires two-dimensional acting. I just don’t think he pulled off a very good Bruce Wayne (and I much prefer the brooding Christian Bale Batman voice over the voice changer). I don’t understand how some folks argue he was a great Batman but he doesn’t hold a candle to Christian Bale.

I’m going to continue to go against the grain and admit that I liked Henry Cavill as Superman. I liked him in Man of Steel and I’m glad to see him continue the role in BvS. Jesse Eisenberg was great as Lex Luthor, although I still wonder if they are going to do the multiverse, “Earth-Three” route. I liked all the subtle references to the other Justice League members, in fact that little sequence might have been my favorite part. I do think Gal Gadot nailed the Wonder Woman role; I think she made Linda Carter proud.

One of the biggest criticisms this movie received from a lot of articles and friends is how Batman and Superman were brutally murdering people. I was really shocked to hear it was a theme in this movie, however, what people had failed to mention is that a lot of the “brutal murders” occurred in dream sequences. Granted during the final battle Batman does let a few bad guys blow up, but come on, if someone launches a rocket at a pissed off Batman, or threatens to throw a grenade, you deserve equal reciprocation.

I think my biggest complaint about the whole movie was the cliché reason that made Batman and Superman become “best bros”. It was like a flip of a switch and all of a sudden Batman forgets he’s pissed off at Superman for causing the deaths of so many of his employees. I mean, Anakin went to the dark side for the same reason so I guess “Mommy” is a powerful force but it was just a little too sudden (not to mention Batman’s corny “I’ll save her” line delivered by Ben Affleck’s lack of range). It was the most “eye rolling” part of the whole movie.

I mean, I’m glad I saw it. I’d probably watch it again, but not until it comes out on Netflix or Redbox. Apparently there is going to be a Rated R, Director’s Cut version of the movie upon its Blu-ray release so I’d really like to see that version. It did make me a little excited for the Justice League movie (but they should replace Batffleck).

The MMO Times: Were You April Fooled?

It is over, your search is done. Let fate choose now, the righteous one.

— The Headless Horseman, World of Warcraft