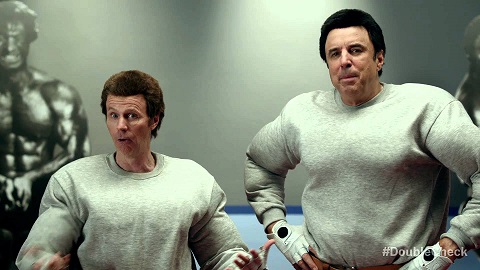 Rarely have I ever set a fitness goal at the beginning of the year and actually met that goal, but it looks like that is about to change. I’ve talked a lot over the past 10 months about the Walk to Mordor fitness challenge and, as of the writing of this post, I am less than 100 miles away from completing it (currently at 1,696 miles); 1,779 miles walked within a calendar year and I have until December 31st to get there. I am going to do the challenge again next year and hopefully improve how far I go to eventually attempt the other half of the challenge (… And Back Again, which adds another 1,625 miles which is the approximate distance from Minas Tirith to Bag End). I think next year someone should join me! Frodo didn’t do it alone!!!

I also set another goal late this past summer. I started at a client in mid-to-late July, and I had just started a morning exercise routine. I decided that I was going to work out every week day morning (starting around 5am) until I take vacation the week of Thanksgiving. I am 3 days away from achieving that goal. Granted I may have missed one or two days since July because of illness or complete and utter exhaustion, but I’m proud to say that I did it! During the week of Thanksgiving I am going to take some much-needed time to rest and tell myself that I have earned a week of sleeping in the mornings instead of getting up to work out. Of course my body is trained to do that so unlearning it for only a week will be the biggest challenge (especially come Monday the 30th).

I still have quite a bit of work in front of me to slim down, perhaps that will be a goal for next year (beyond going “back to Mordor”).