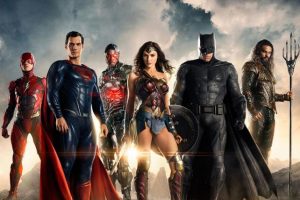 I don’t know what DC is thinking. Releasing the Justice League movie right before a major holiday. I cannot imagine too many people decide to go see a movie the weekend before the largest travel week of the year. While I do find it mildly disappointing its doing so terrible in theaters, I also find it not terribly surprising. Justice League bombing has a few flaws with the movie, other than Ben Affleck, and I haven’t seen the movie yet.

It’s no secret that I am not a fan of Ben Affleck as Batman. I have made many DC comic nerds heads implode with my constant trolling of “Batffleck”. However, in this case I do not think its all because Ben Affleck is a terrible Batman. Keep in mind that I have not seen this movie yet, and I probably won’t pay to see it in theaters. The reason is for the same reasons I’m about to get into.

I freely admit that I wanted the movie to do well in theaters. I enjoy the fact that comic book movies are the only movies that seem to be doing great in theaters. What was once considered lame when I was growing up is now some of the most successful franchises.

So far Wonder Woman is the only successful member of the Justice League. Gal Gadot is nailing the role as the Amazonian warrior, but the success ends there. I don’t understand why Ezra Miller was cast as Barry Allen/The Flash after the success Grant Gustin is having in The CW’s series. I don’t think I can watch the Grant Gustin impostor and no feel disappointment.

I know all the women are swooning over Jason Momoa as Aquaman, but he doesn’t fit all the depictions of Aquaman. He was never some sex symbol. He is often depicted as a blond imbecile, and perhaps that is why he was changed for the film. Maybe it’s because I’m a guy but it just isn’t working for me. I think Ryan Hansen would have made a better Aquaman.

I think the Cyborg adaptation looks pretty good but I would have liked a stand alone film first. Perhaps we all would have benefited from individual movies for the other members. It is working for Wonder Woman and The Avengers. Clearly DC is rushing these characters because Marvel is far more successful. Sadly, I will most likely wait until Justice League is on Netflix before I watch it.