It was November the last time I talked about my Home Automation and Lab projects; it is time for some updates. Unfortunately I don’t have a lot to tell. The last eight months have been busy on the work front and on the home front. If you know me at all you know that November through the end of December is my craziest time of year. There were a few things I had to sort out that were pretty significant changes to my work and home life. Changes that also require some time to adjust and acclimate. Here is a quick reminder of the projects I have on deck and in progress: 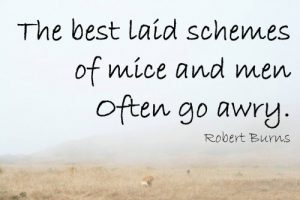 I am behind, to say the least. I guess I try to do too much in a day and when there is time to work on these projects, I often don’t feel like sitting in front of the computer. There is also the little problem of the SD Card reader I bought to use on my main PC to install the Raspberry Pi software. It doesn’t appear to be working properly. It is either that or the SD card I am trying to use has gone bad. Either way, it’s a huge roadblock!

I also discovered that my Plex server suddenly stopped allowing me access to my own movies. Typically this issue can be resolved by updating the plug-in within FreeNAS. Unfortunately that isn’t the case this time. There are several people who I have given access to my movies so fixing that has taken a higher priority. On top of all of that work has increased in intensity thus I am working late hours.

So all that to say, I’m behind. I’m trying to catch up and I don’t really have anything else to update.

“I’m putting myself to the fullest possible use. Which is all I think that any conscious entity can ever hope to do” – HAL 9000