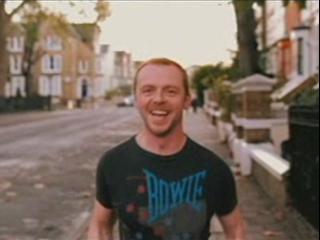 When I was reviewing my 2017 goals for the year I was vehemently expressing my intention to run my first 5K. I am focusing on the Flying Pig 5K, which is coming up the first weekend in May. A few weeks ago, after running on the treadmill, I started experiencing sharp pains in my knee that lasted a little over a week. My wife and I both became concerned as to whether or not my knees will be able to sustain running the 3.1 miles. The most logical next step was to consult with my doctor.

There are a lot of runners that support the theory that running actually helps their knees feel better. The mechanics of running seems to support the notion that its harder on your knees. My doctor, however, had an interesting suggestion. While she didn’t want to discourage me from running, she suggested that I don’t run on the treadmill. Apparently the physiology of our bodies and the slight contortion necessary to run on the treadmill can cause irregular motion of the patella. Since my patella is already prone to slipping, that is not a situation I want to risk. Running outside, however, is fine (as long as I’m wearing a brace).

How Can I Train If I Can’t Run Everyday?

So the conundrum I face is how can I train on days where the weather isn’t conducive for running outdoors? There is an app I started using last summer, C25K, which takes you through a 9 week regimen to prepare you to run the full 3.1 miles. It’s a great app that prepares you for running a 5K but it assumes you will be running at least 3 days a week. The treadmill made it easy because I didn’t have to worry the weather or finding the space to run the required distance for each session.

The Flying Pig 5K is now a little over 9 weeks away. I don’t know if I am going to be sufficiently ready by May 6th. I may end up walking the 5K again and perhaps set my sights on running it next year. This will give me a year to find a training regimen that won’t cause severe knee pain. The concept of waiting another year really bums me out because I was so pumped to actually do it this year. I am open to suggestions and feedback. Part of me is thinking that I will run outside when I can, use the treadmill for speed walking, and do exercises that will strengthen the muscles around my knees.