I have talked in the past about how much I’m enjoying the continuity of the Marvel movies and TV series, its been an unprecedented achievement in live-action content. A good friend of mine recently went on a mini-tirade about how Fox has ruined the X-Men franchise (too bad Marvel Studios can’t get the rights). He grew up a long time, hard core, comic book fan. The monetization of live-action content has a tendency to do that and Twentieth Century Fox is most notorious for taking certain liberties in their film adaptations. Granted I haven’t read a comic book in about 20 years but X-Men is a series I grew up on. 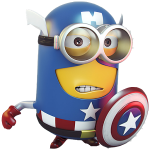 I know I’m in the minority when I say that I have actually enjoyed all the X-Men and Wolverine movies. I felt everyone was cast really well. I liked the first Fantastic Four movies (while the latest one is deplorable).  I’m going to boldly state that I also enjoyed Ryan Reynolds in the Green Lantern movie (I know it wasn’t the greatest telling of Hal Jordan but I personally felt it was acceptable). I haven’t seen Ant-Man yet but I’ve heard the overall ratings are generally pretty good.

I think the most difficult conundrum producers and directors face when they are adapting a film that has a huge fan base is making a movie that appeals not only to the fans but to the general public as well. They have to draw in enough of a crowd to meet the ROI of making the film and, statistically, the number of fans in the subculture is not going to bring in enough money at the box office. Remember, in the end making movies is a business and to succeed in business you must be profitable. Now, with that said, you have to do better than the recent iteration of Fantastic Four which will cost Fox money instead. Although Fox could be on the road to redemption if the Deadpool movie is as good as it looks in the trailer.

I think we might be nearing the end of the super hero paradigm. The success of X-Men, Avengers, Iron Man, etc has gone to the head of every movie studio executive and we are now a bit overwhelmed with super hero movies. Just like bad film adaptations, the monetization of a subculture can go too far and will ultimately burn everyone out.