Is anybody still out there? It’s been a fortnight since we all holed up in our homes. We are several days into our “stay at home” order. Only essential errands are allowed, however outdoor exercise is still permitted. In fact the only reason I leave the house is to go out for a run. It sucks to be stuck in the house as the temperatures start getting warmer. The funny thing is I probably still wouldn’t go anywhere even if we weren’t ordered to stay at home. Perhaps the zoo I guess. Nice weather makes running more enjoyable. We can open the windows, provided someone with the virus doesn’t walk up and sneeze through the screen. Oh, and grilling season is starting! 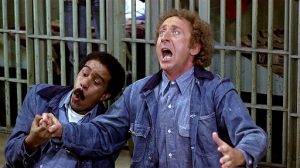 They are not practicing proper social distancing!

I always work from home, so that doesn’t feel different. However having everyone home when I’m working is a new challenge. I’m a creature of routine and I don’t like forced changes to my routine. I have a six year old who has also been forced out of her routine, so that adds a new level of excitement. I think we’re adjusting fine.

Supposedly kids can return to school in two weeks. I’m not convinced that will actually happen. As much as I try to avoid watching the news, I have heard that the virus hasn’t peaked yet, however they are expecting it soon. I think the next two weeks might be the best indicator as to how effective the containment efforts have been. The next two weeks may also determine how much longer we can expect everything to be shut down.

In fact I still don’t know anyone, personally, that has the virus. I guess that means everyone I know is smart enough to know that this is serious. I still hear stories of people gathering at parks or friends homes. It doesn’t make sense that people still refuse to adhere to the CDC containment guidelines. Isn’t it better to err on the side of caution.

Now I know why Negan was so pissed.

I am one with the Force, the Force is with me.