If you were paying attention to the news coming out of the Anaheim Convention Center then you are probably aware of the disaster that occurred this past weekend. I admit that I was anticipating a lackluster BlizzCon but I was not prepared for the nerd rage that ensued after the opening ceremonies. There is an order in which Blizzard unveils news at the opening ceremonies, the biggest news saved for last. Everyone was expecting a major Diablo announcement, the leading theory being Diablo 4. What they got was Blizzard’s Diablo epic fail.

Immortal but not Impervious 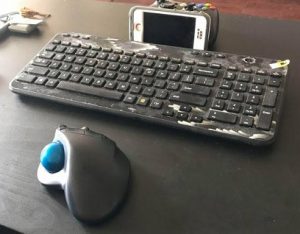 Diablo Immortal the mobile app is the “big news” from BlizzCon this year. Yes, at a convention with predominately PC gamers in attendance Blizzard announces a mobile game. A version of Diablo that is only playable on iPhone, Android and iPad.

Now that you have let that sink it, this is the first time there was little to know cheering or clapping. In fact there was booing, and not the joking kind. Actual booing. You almost feel bad for Wyatt Cheng, who drew the short straw to make the announcement. Since BlizzCon ended, several reports are coming out from other sources that Blizzard allegedly wanted to announce Diablo 4 but they pulled it at the last-minute.

I’m not a Diablo fan but I totally understand the animosity. After being taunted with a “Diablo announcement”, I would be pissed too if a mobile game was announced. The Q&A was probably the best moment when someone actually asked if it was an “out-of-season April Fools Joke“.

I knew there wouldn’t be a lot for World of Warcraft, we did learn when the next patch and raid is coming. We also learned that the following patch we will finally fight Queen Azshara in, what might be, an underwater raid. Also, you should really check out the Lost Honor cinematic. It’s really good (from a storyline perspective.) Hearthstone will have a new expansion, Heroes of the Storm has a new hero and StarCraft 2 was so insignificant I don’t remember what they said about it. Which leaves Overwatch. 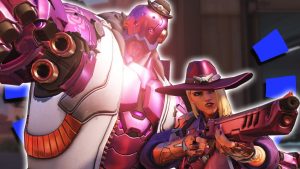 They began with a new video called “Reunion”. It’s McCree on Route 66 and we find out who caused that train wreck. It’s his old partner Ashe. Blizzard teases many new potential heroes in this animated short. I think everyone wanted Bob, possibly more than they wanted a mobile Diablo game. The new hero, as it turns out, is Ashe but her ultimate is Bob. I cannot wait to try out this new hero. My main concern is that I’m terrible at McCree, he feels too slow and clunky. Hopefully I don’t get the same feeling about Ashe.

I still haven’t heard when Ashe will be playable so if anyone knows, please leave a comment.

There is one other unveiling that I am still mildly excited about. Something that started it all for me. Warcraft III Reforged. I barely remember Warcraft 1 and 2, but I distinctly remember playing Warcraft III. It is the Blizzard title where I found myself enjoying the story and the lore. If you know anything about Warcraft III, now you know why Wrath of the Lich King is my favorite expansion. The game looks beautiful with the new graphics update. The only problem is, I’m not sure I’m ready to dole out another $40 for a game that I may only play randomly (although that Meat Wagon mount makes it awfully tempting).

And that’s it. There is nothing else, IP related, to talk about. As I said, it was a pretty lackluster BlizzCon. The nerdrage over Diablo Immortal is probably the most noteworthy thing about the convention this year. Kind of glad I didn’t get the Virtual Ticket or the Goodie Bag. I hope they make both of those more enticing next year.

Please feel free to share your thoughts on BlizzCon, Diablo Immortal or any of the other announcements in the comments.

RTotD: TWD Should Pass the Torch

Biggs On: Cancellation of the Boba Fett and Obi-Wan Movies