I’m going to take a right turn here and talk about something in the MCU. While I’m not as avid of a Marvel fan as I am a Star Wars fan, both are owned by the same parent company so their fates are partially intertwined. When Disney made the big announcement about all the new Star Wars projects, they also announced several new Marvel projects. Wandavision is the first and, apparently, the series that kicks of Phase Four of the MCU. 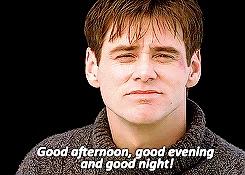 Honestly I cannot say what it is, yet. I believe the mystery is part of the premise of the show. We don’t know why Wanda (aka Scarlet Witch) and Vision are appearing in various eras of television. This takes place after the events of End Game so we know that Vision, in theory, is dead and the Mind Stone has been destroyed. Each episode ends with a cliffhanger that suggests someone is orchestrating and observing.

Since Vision is dead we have to assume Scarlet Witch is the target. Perhaps Vision has a piece of information and “they” want to know if he told Wanda. Therefore “they” are putting her through these scenarios to try to extrapolate that piece of information. The end of the second episode gives it a very “Truman Show” kind of vibe.

After the first episode I felt very confused. In fact I had to go watch the trailers and even read a brief synopsis of the premise to begin to understand what is happening. After the second episode it has fully peaked my curiosity. I’ll admit that I’m not going to be flipping on the latest episode as quickly as I was watching The Mandalorian. I’m just intrigued enough, however, that I’ll be watching to see what happens next.

I’m also feeling a little nostalgic because the episodes are using familiar popular sitcoms that I grew up watching. Granted the shows were in syndication because most of them first aired long before I was born. For example (minor spoiler) the first episode takes place in the setting of the Dick Van Dyke Show. While this show was made in the 60’s (which is about 20 years before I was born) I still caught the re-runs growing up. Apparently this will happen often throughout the series, so that’s kind of neat.

My suggestion is that you should check it out. I suspect if you don’t follow along at the beginning you might miss subtle references in future movies. In my experience, those subtle references often create a more immersive viewing experience. For example, there is a character that appears in the second episode who will be in the second Captain Marvel movie. If you want to know who, select or click the following text: Monica Rambeau.