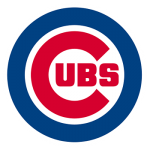 I don’t talk a lot about sports on this blog; it’s not really a genre that is common in the geek and gaming subculture. However sports is heavy on statistics and numbers, which is right up the geeks alley so I guess it’s not that far out of reach. The baseball season this year is unique because of the covid (much like everything else). I’m having a hard time deciding if the covid MLB season is even worth it. In the end, will it even mean anything?

The Pros and Cons 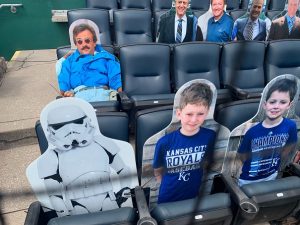 Bernie and a Stormtrooper catching a Royals game

It does feel a bit normal to have baseball on the television again. Hearing the crack of the bat and the cheer of the crowd always makes me think of summer. However, this year the crack of the bat is met with silence. The lack of a crowd in the stands reminds us again of the state of the world right now. I do admire how the ball clubs are trying to have a little fun using cardboard cutouts and teddy bears to fill the seats for some much needed levity.

There are only 60 games this season; that’s 102 games fewer than a normal season. Initially I thought removing that many games cheapens the season. However my brother-in-law pointed out that now every game has meaning. This is true and something I hadn’t considered. Everyone watches the first 20 or 30 games of the season. Around the time of the All-Star break everyone’s interests peters out a little bit. As we approach the end the season everyone’s interest is restored, especially if your team has a shot at the playoffs.

However, without a full season and only 7 innings per game, a championship will feel ill-gotten and unearned. Players are getting sick and games or entire series are getting postponed. How can it feel like an earned win when you aren’t playing a team at its best. There are some teams that are so far behind their 60 games I don’t know how they are going to catch up. Will some teams only play 53 games?? That doesn’t seem fair.

As a baseball fan, I get it. We’re just glad to have some baseball to watch (or any sport for that matter). However, even if the Cubs were to win the 2020 World Series, it just won’t feel as glorious. I will feel “meh” about it. In the history books it will forever be known as the shortened, pandemic season. I also get it from a corporate perspective. Baseball is also a business and a business, just like all the other businesses in the country, has to meet certain stakeholder obligations. Honestly, this baseball season is more about the corporate bottom line and less about the fans.

After much consideration I’m still of the opinion that the 2020 MLB season should have been cancelled. At the minimum they should have at least cancelled the championship. I’m not excited about it, even with the Cubs in first place. I don’t care about the World Series. I waited 108 years for the Cubs to win, I’m content with skipping it this year. We didn’t have one during the 1994-1995 Baseball Strike, I think we can manage not having it again.