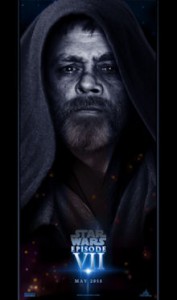 If you are a Star Wars fan, some very exciting news was announced this week; the cast for Episode VII. It seems I’m in the minority when I say that I think the cast looks pretty good.  All the so called “fans” that just want to dis on Lucas and piss off the rest of us that are the true fans of the franchise are just trying to troll (and believe me, I know a troll when I see one).

Be that as it may, the bulk of the cast are relative no names, which I think is a great move by Disney and J.J. Abrams (after all, who even heard of Mark Hamill prior to A New Hope). The most exciting bullet point of the announcement was the return of Mark Hamill, Carrie Fisher, Harrison Ford, Kenny Baker, Anthony Daniels and Peter Mayhew to reprise their iconic roles. My personal feeling is that while I think its great that they are going to be in the next story, but I doubt they will be in leading roles. I mean, Luke as the new Obi-Wan Kenobi would be awesome!

The new cast members are John Boyega, Daisy Ridley, Adam Driver, Oscar Isaac, Andy Serkis, Domhnall Gleeson, and Max von Sydow. I’m sure most (if not all of those people) are unfamiliar to you. Andy Serkis and Max Von Sydow stand out to me though. If you are a Lord of the Rings fan (of the films) then you should also recognize Andy Serkis. He was the beloved schizophrenic Gollum.

Max Von Sydow is a much older actor, he doesn’t really have a lot of notable roles, but he’s one of those guys you would recognize him when you saw his face. JJA and Disney have not unveiled any specific character names but MVS must play the role of a Sith Lord, I cannot envision him in any other role.

For those Harry Potter fans out there, Domhnall Gleeson was Bill Weasley in the last two Harry Potter movies. The remaining actors seem predominately unknown.

I am becoming more and more excited for this film; I love the work JJ Abrams did with the two recent Star Trek films so I have high hopes that he will due justice to Star Wars as well. I know many are concerned about the lack of Extended Universe content but Lucas has had the story for these films thought out for many years, and since he is consulting on the films production, I think he has the veto power. Don’t get me wrong, I really, really wanted to see Grand Admiral Thrawn (portrayed by Benedict Cumberbatch) but it’s not my story to tell.

On a final note, to all those out there complaining about the lack of female roles … so what?!?!? It’s a freaking movie!! If you’re really bunching the panties over more female roles in Star Wars then dig into the Extended Universe and read about Ahsoka, Aura Sing, Mara Jade. There are plenty of incredible female Star Wars characters.