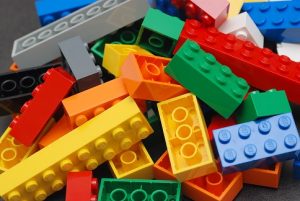 Lego has a very humble origin story. They began with a carpenter in Denmark in 1932; The Lego Group formed in 1934 and they have been producing the iconic interlocking bricks since 1949. Of course that was long before I was born. Regardless, Lego is a timeless toy that is spanning generations. I grew up on Lego and now my kids are growing up on Lego. The funny thing is, even as an adult I still collect Lego sets. I have many friends that still collect Lego sets. So once you’re a Lego fan, you’re always a Lego fan.

Obviously as an adult in his late 30’s, I’m not constructing Lego sets for the purpose of post-construction entertainment. The sets I collect are mostly Star Wars themed and they sit on a shelf for display. The task of assembling is a perfect way to relieve stress and collect my thoughts. It has also become something I do with my daughter on the weekends.

Lego is clearly something you never outgrow; even as you age you just learn to appreciate them differently. There has to be a study out there that proves building Lego sets has some kind of positive cognitive impact. If there isn’t one, then someone should start one. When “adulting” has you in a death spiral, I’m glad Lego is there to straighten you out.