The MMO Times: A Bloody Fortnight!

Issue #134: I intentionally went an extra week between issues. The gaming news has been a little slow and mired by all the political nonsense and cool tech releases of the IRL news. I didn’t want to scrounge for moot headlines just to post something weekly so hopefully I haven’t failed you by waiting just a little longer to bring you interesting news. Blizzard has been especially quiet lately, which means they are trying to hold out until BlizzCon (although I

wouldn’t be surprised if they let a few tidbits “slip” out).

Meanwhile the Star Wars Battlefront beta has begun for PS4, XBox One and PC. I have been hearing some pretty good feedback about the game (despite what “certain trolls” think *cough*Tommy*cough*). I have it installed on my PC at the moment but I haven’t had an opportunity to log in yet. I’ve heard it’s essentially Star Wars Counterstrike but that’s how it was advertised. If you  have been trying it out I would like to know your thoughts (even if they happen to align with Tommy’s 😉 ) I also read that over nine million people have played the beta setting an EA record!

Speaking of Battlefront, there are a couple of new details about that game in the headlines below; and news about crafting in Star Wars The Old Republic. I had to post something regarding Rocket League because its new car pack is pretty cool (in a 1980’s-cult-classic kind of way). Blizzard has released the schedule for BlizzCon and there is something, finally, about the Overwatch beta, although it’s probably not as much as you hoped. Oh and MOAR PEPE!! KCGO

Posted 10.7.15 – The upcoming SWTOR expansion, Rise of the Fallen Empire, will also have some changes to the crafting system. These are not game breaking changes, nor will it ruin crafting for you (which is great because the crafting system in SWTOR is one of my favorites in MMOs). There will no longer be green quality items, reverse engineering will no longer render parts but instead offer an upgraded item, all armor will be adaptive (sweet!), and more quality-of-life changes. I think a lot of these make sense.

Posted 10.9.15 – BlizzCon is less than a month away so I would expect more and more things to come, whether is rumors and leaks or more moot details such as the 2015 BlizzCon schedule. If you are attending or watching BlizzCon this year then this should interest you somewhat. Obviously we are not expecting any surprise IP announcements but I do hope to hear something about a beta and/or a release date (for Legion and/or Overwatch).
Blizzard Watch post

Posted 10.12.15 – Great Scott! The thought of a Back-to-the-Future themed DeLorean for Rocket League never occurred to me! Granted I haven’t played Rocket League but I know several people that do play it. This car pack will be available on October 21st, obviously! The post does have a teaser and, I’ll be honest, it kind of makes me want to play it for this car pack alone.
polygon post 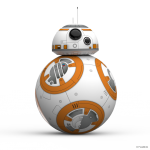 Posted 10.12.15 – There will be new battle modes added to Star Wars Battlefront: Hero Hunt, Cargo, Droid Run. Hero Hunt sounds especially interesting where basically its 7-on-1 where one person plays a Hero/Villain and the others hunt them down. Once killed, the hunter then becomes the hunted. Cargo is a new twist on capture the flag where you try to capture as much of the other teams “cargo” as you can in 15 minutes. Droid Run is like a “control point” battleground expect its with GNK droids that are constantly on the move.
Gamespot post

Posted 10.12.15 – There will be the first ever beta streaming of Overwatch on Twitch Thursday October 15th. If you are reading this after that date I wouldn’t worry because (hopefully) the stream will have been recorded and can therefore still be viewed even after the fact. I believe this is the first mention, ever, of an operational Overwatch beta. The author of the post seems to agree with me that Blizzard is probably saving most beta details for BlizzCon.
Blizzard Watch post

Pepe Where You Want

Posted 10.13.15 – If you have been on the hunt for Pepe, and perhaps found all the versions of him, time to start the hunt over as three new versions of Pepe will become available. I have yet to participate in this pastime. If you enjoy finding Pepe then you can now hide him yourself, IRL!! A plush Pepe has also been added to the Blizzard Gear Store and, as a guy I’ll admit, he looks pretty cool! All Hail, Pepe!!!
WOW Website
The MMO Times is a post I put together periodically of different MMO/gaming news articles that I think are interesting, fun and/or exciting. If you are interested in receiving these posts in an e-mail please click here to subscribe.

I could do so much more if I only had minions!