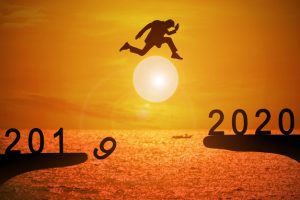 2019 was the final year of the decade, which means we are entering the second decade of the new millennium (and 20 years since the “dreaded” Y2K scare). It’s still hard to tell if all of us still like each other. Political differences continue to divide us and it’s depressing, infuriating and scary. I don’t do politics on this blog so, in the words of Forrest Gump, that’s all I have to say about that. 2019 was an OK year, depending on your perspective. These perspectives is what I am going to get into for my 2019 Year In Review.

We lost over 150 celebrities this year. I’m not going to mention all of them, only the ones that I found particularly depressing. I’m not trying to down play the deaths of the others because it sucks when we lose anyone. Before I begin I would just like to note that Kirk Douglas and Betty White are not on this list. 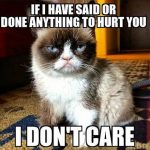 Tardar Sauce, aka Grumpy Cat (7) passed away this year. If you don’t know who Grumpy Cat was, then you are living under a rock. Her permanent scowl was a condition caused by a genetic mutation but created thousands of meme. She was an Internet sensation.

The television death that seemed to be most notable was the death of Caroll Spinney (85) who was the original Big Bird on Sesame Street from 1969 to 2018. Best known for his comedy on The Carol Burnett Show, Tim Conway (85) passed away this year. He was so talented and so hilarious. If you haven’t seen his Elephant Story bit from the show, you are missing out! Luke Perry‘s (52) sudden death was truly heartbreaking. He’s mostly known for his role as Dylan in 90210 and, more recently, as Fred Andrews on Riverdale.

The Star Trek Deep Space 9 series lost two lovable characters his year. René Auberjonois (79) passed away this year. While he had many television and film roles, he always has been and always will be Odo to me. Unfortunately the bad news for DS9 doesn’t end there. Aron Eisenberg (50) played the lovable Ferengi Nog on Deep Space 9; in fact he was probably my favorite Ferengi. RIP gentlemen. Thank you for the awesome memories.

The following celebrities are primarily known for their movie roles. We lost Doris Day this year, but she lived a long and extraordinary 97 years! Also, from the golden years of film, Peter Fonda (79) passed away; he was the son of Henry Fonda, the brother of Jane Fonda and the father of Bridget Fonda. The actor with one of the coolest names in Hollywood passed away, Rip Torn. While it really sucks that he’s gone, I did not know he was 88 when he passed. I mostly remember him from the Men In Black movies. 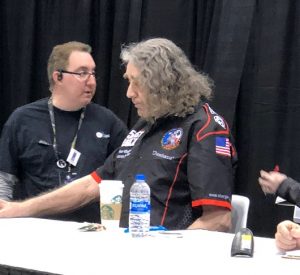 Peter Mayhew at the 2019 Star Wars Celebration in Chicago

The last celebrity death is the one that sucks the most. In April, just a couple of weeks after his appearance at the Star Wars Celebration in Chicago, Peter Mayhew (74) passed away. He is a legend for his role as Chewbacca and the epitome of a gentle giant. He loved his role as Chewbacca and he will be greatly missed. However, its comforting to know that now, he is fulfilling his obligation to Han Solo, and he’s taking care of the princess. RIP Chewie.

This year I managed to get out and see a whopping four movies! Granted three of them were essentially the 2019 must-see-movies-of-the-year! It was also a milestone year for two major movie franchises. I’ll get into that in a moment. Here are the movies (and my ratings) I saw in 2019.

Avenger’s Endgame was the final movie in this phase of the Marvel Cinematic Universe. Disney has announced phase 4 will begin (in fact Spiderman Far From Home is allegedly the first movie in the new phase). I really thought Endgame would take the top box office spot from The Force Awakens. Clearly the Force is strong with that movie as it continues to hold the top spot for the highest grossing movie of all time in the domestic box office.

In fact even The Rise of Skywalker will not come close. Speaking of The Rise of Skywalker, this movie was also the final film of the Skywalker Saga which began over 40 years ago. It’s bittersweet to see the final milestone for this saga, a similar feeling I had for Endgame. You become so invested in the characters and their stories but seeing how it ends is both satisfying and emotional.

2019 FitBit Stats and Walk to Mordor

I completed the Walk to Mordor on October 10th, 8 days earlier than the year before. I’m starting to think that completing the … And Back Again leg of this challenge is going to be more difficult than I think. I may have to work harder to reach 10,000 or more steps on the weekends on as many weekends as possible. Here are my 2019 FitBit stats:

I had over 100,000 more steps from the previous year and approximately 56 more miles. Clearly I have quite a bit more work to do to reach an extra 1,600+ miles for the And Back Again leg.

In my typical fashion, this post is getting too verbose so I’m ending it here.